In the midst of one of the most festive days of the year, when everyone is welcomed to be Irish for the day, a running controversy bubbles just beneath the surface.

It has for decades, but now thanks to social media and the ease of sharing memes, it is coming to the surface.  In general, the Irish are a gracious people, slow to point out the faux pas of our cousins the diaspora of hyphenated Irish around the world who are a generation or so removed from the Emerald Isle.  But now, the nation’s snarling frustration with a wee detail about the coming celebration is coming to the attention of Irish-Americans and others and it makes sense to clarify this here and now.  It is not, repeat not, Patty’s Day. 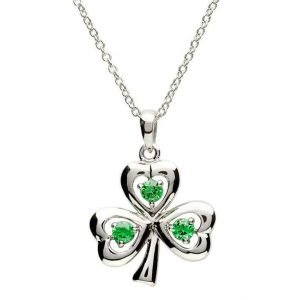 Now, we need not get upset about it.  Regardless of what you’ve seen on Facebook, Liam Neeson is not going to hunt you down and kill you if you wish someone a Happy Patty’s Day.  (Although we do suspect he would wince a bit, but really, we doubt he’d even raise his gorgeous voice at you in real life.  We are slightly less confident about some other Irish celebrities however.)  But when you don your sparkly green in March, remember that although he is widely known as Patrick and was born in Britain, the Irish of the name is Pádraic.  It isn’t that we are giving the T in Patrick our charming soft pronunciation.  Patrick is the English version of the Roman name Patricius, meaning ‘nobly born’.  Patrick’s parents are believed to have been Roman, so they probably called him Patricius.  But over here, he’s Pádraic.  Or Pádraig.  We aren’t uptight about spelling, just pronunciation. 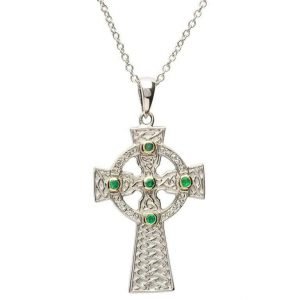 Of course, if you really want to show off your savvy with all things Irish, you could go one better than wishing people a Happy Paddy’s Day.  You could wish them a Beannachtai na Féile Pádraic.  Or play it safe and stick with Patrick’s Day.  Anything but Patty’s Day.

In Ireland, you will not find many people, male or female, going by ‘Patty’.  Patrick is shortened to Paddy and Patricia to Tricia or Trish – but not Patty.  We do have patties of ground beef or other meats.  That’s about it.

We will, of course, forgive you and not take offense if you wish us a Happy St. Patty’s Day.  We will probably smile and not even correct you.  Those of us who have lived abroad for many years have, for the most part, accepted celebrating Patty’s Day, but with a new wave of Irish emigrants settling around the world, we did wish to warn you in the spirit of promoting good international relations.

Irish people everywhere will be so pleased to hear you wish them a Happy Paddy’s Day, they probably won’t even remark if you are drinking green beer.