Home > Blog > Jewelry Education > Has a Pint of Plain Always Been Our Only Man?

Brian O’Nolan (aka Flann O’Brien) declared the pint of plain as your only man in his famous verse The Workman’s Friend, which is in his 1939 novel At Swim Two Birds.  And the classic pint of Guinness has long been iconic. The Guinness Storehouse at St. James’s Gate on the quays of the River Liffey in Dublin city center is now a must-see tourist destination.  But in truth, the history of beer in Ireland goes back much further than when Arthur Guinness signed the famous 9,000 year lease on the St. James’s Brewery in 1759.  Of course, Guinness is not Ireland’s only beer.  Smithwick can boast of being the oldest.  Brewed in Kilkenny, the brand dates back to 1710.   In truth, we’ve been brewing beer since before recorded history.

Ireland’s earliest beers were ales brewed with barely and a smattering of local herbs because hops is not native to Ireland.  Barley was grown widely in Ireland from at least neolith times, and was at one time the primary grain used to make beer.  In the 18th Century, Ireland began importing a significant amount of hops for beer brewing. 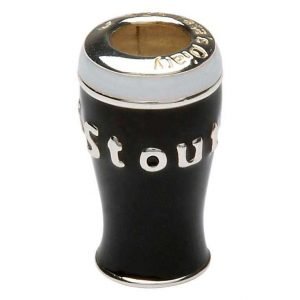 Some experts believe the Irish began brewing ale from barley back in the Bronze Age, and there has been speculation that a style of Earth mound called fulacht fiadh found around Ireland is the ruined remains of early breweries.  When excavated, the fulacht fiadh often contain a semi-circle of large, charred stones.  They appear to have been used to cook, but sadly there are no remaining recipe books so the theory that they were early brewpubs is just that – a theory.  (But it’s a fun theory with some expert backing, so we won’t argue with it!)  Ireland has about 4,000 fulacht fiadh, with a few dating back as far as the Neolithic era.

While it is pretty clear we’ve been enjoying pints here since before recorded history, exactly where we have been enjoying them the longest is a subject of some debate.  Two Irish pubs claim to be the oldest pub in Ireland.  The Brazen Head in Dublin’s Christchurch area and Sean’s Bar in Athlone, County Westmeath both claim the honor.  The exterior of Sean’s Bar does not look particularly ancient, but work done on the premises in the 1970s revealed that the inner structure was made of wicker and wattle and dated back to 900 AD.  The Brazen Head on the Liffey Quays dates back to 1198 and has managed to keep the exterior looking ancient with its cut stone front.

Irish stout isn’t everyone’s cup of tea, which is fine of course.  But stout enthusiasts and fans of other varieties of beer do have tastes in common with their ancestors back to the Bronze Ages, although it is safe to say the pints pulled in pubs today are not quite the same as those brewed in fulacht fiadhs.  Whether or not one cares for the pint of plain, it has an intriguing history.