Home > Blog > Occasions > The Pirate Queen and the Ring

A pirate is always a great Halloween costume, and women looking for a costume idea that combines the glamour of a princess with the fun of a pirate should consider Grace O’Malley, Ireland’s legendary pirate queen.

Grace O’Malley, also known as Gráinne Ní Mháille (pronounced graw-nya nee waul-yeand) Granuaile, was fierce and regal, a woman born centuries before her time in many ways. Granuaile was born in approximately 1530, probably in Clew Bay, County Mayo, to the chieftain of the O’Malley clan.

Her father was not the sort of chieftain to sit around; he was a sea-faring man and trader who taxed those who sailed his waters off the west coast of Ireland.

Young Grace was keen to enter the family business, and when her father said she could not sail with him because her long hair would catch in the ship’s ropes, she promptly cut it off. That is how she earned the nickname Granuaile; a combination of her name Grainne and the Irish word for being bald or having short hair.

That was the start of her sea-faring career and epic determination to get what she wanted.

Grace O’Malley and Queen Elizabeth I 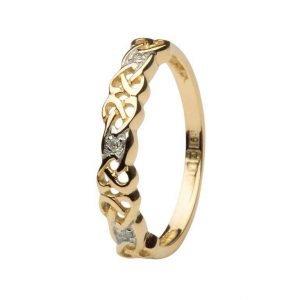 Grace O’Malley became famous as the woman who refused to curtsy to Queen Elizabeth I when they met in 1593. She also carried a dagger to the meeting, which was frowned upon by Elizabeth’s security detail, and spoke fluent Latin with the queen.

When her first husband died in battle, she remarried, but on her terms. Under Brehon law, a marriage could be made for a set amount of time, and Grace married her second husband for one year. Then she effectively divorced him and kept his castle.

Apparently she found it particularly homey because she was not short of castles. The pair eventually reunited after O’Malley gave birth to his son at sea, and on the same voyage, she also fought off an attack of Barbery pirates. She led an army of up to 200 men at times and sailed the high seas until she was in her late sixties. 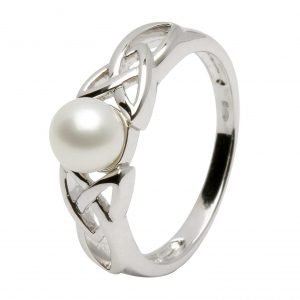 The queen and the ring

The infamous queen took a trick-or-treat approach when it came to paying visits. One day, in 1576, while passing through Dublin, she felt it would be rude not to stop by and visit Lord Howth in his castle north of the city. When she arrived, servants informed her that the family would not receive her because they were busy having dinner.

Decidedly unimpressed, she promptly abducted their grandson and held him for a sort of ransom. She released him only when Lord Howth promised to receive the unexpected guests who popped by during meals.

We can only speculate whose side etiquette experts of the day might have taken. He gave Granuaile a ring to symbolize his pledge. And no doubt he was relieved when she settled for that instead of taking his castle.