This is a fish story about one that didn’t get away.  It traveled extensively and hid for more than a thousand years, but it did not get away.  It was caught last year by an experienced fisherman in County Down, Northern Ireland who had recently taken up metal detecting as a hobby.  Barry Shannon was trying out his new metal detector on a relative’s field when he discovered a small gold fish.  Not a goldfish, mind you, but a golden fish.  Experts have since realized the rare artifact is part of an Anglo Saxon belt buckle dating back to the seventh century.  No one knows how it got to County Down, but experts speculate that it could have been carried there during raids in the seventh century or brought by traveling clerics. 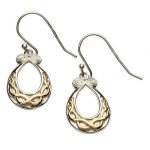 While this artifact’s Anglo Saxon origin initially threw experts, it is not surprising when ancient gold is found in Ireland.  After all, we’ve been finding hoards of gold and other artifacts here since the 1800s, and they have turned up in locations from County Antrim to County Wexford.   Our oldest hoards date back to the Neolithic period, and hoards from the Bronze Age and Iron Age have also been found throughout the island and inspired much of today’s Irish gold jewelry.

Builders and farmers have a distinct advantage when it comes to stumbling across a hoard of ancient gold – and we’ll make no comment about politicians finding money.  Railway workers discovered the largest hoard of gold artifacts found in Northern Europe when they uncovered a dazzling cache of jewelry dating back to the late Bronze Age in County Clare in 1854.  Tragically, only a portion of this hoard remains.  The National Museum of Ireland in Dublin and the British Museum in London hold the surviving 30 or so pieces between them.  Plaster casts were made of 146 items, but the finders shared the artefacts among themselves and an unknown number were melted down. 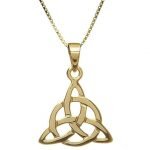 Experts believe there are more hoards of ancient artifacts, including more gold pieces, around Ireland.  Should you happen to stumble upon a stash of ancient gold coins while on vacation here, there is a very strict procedure about what to do that aims to prevent such losses.   You may not stuff them in your suitcase as souvenirs, although few would blame you for being tempted.  Instead, the law requires that you report the find within 96 hours to the National Museum or An Garda Síochána (the police).  Note that you must actually happen upon a hoard by chance.  To search for one with a metal detector in the Republic of Ireland, you must have a license.  No fair digging around with the wee plastic shovel that came with your bucket for making sandcastles.  You need a license for that too!  Despite similar laws in the North, authorities there appear to be delighted with Mr. Shannon’s very impressive skill catching such an elusive fish on (or rather under) land.  Of course, you could make it easy on yourself and just shop online for stunning Irish gold jewelry.