Do We Really Know Who the Vikings Were? - ShanOre Irish Jewlery
Skip to content

Home > Blog > Irish Culture > Do We Really Know Who the Vikings Were? 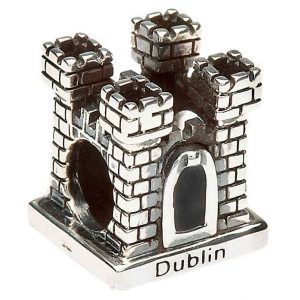 At first glance, there is not much mystery about who the Vikings who invaded Ireland were.  They settled here, intermarried with the locals, had a profound influence on Irish life and left hoards of artifacts including weapons, tools and jewelry.  The National Museum of Ireland has one of the best collections of Viking artifacts from an early medieval urban settlement in the world, thanks to the extensive excavations done in Dublin, which was a Viking settlement.  We have the excavated sites giving us lots of information on how Vikings lived, and the burial sites to give us insight into how they died and were memorialized. That seems to pretty much cover it all… but there seems to be a wee gap in our knowledge that has been filled in for some time by our own assumptions.

A study done a while back on Viking remains in England blew a hole in one major assumption we’ve collectively made about the Vikings.  According to this study, about half of them were women. 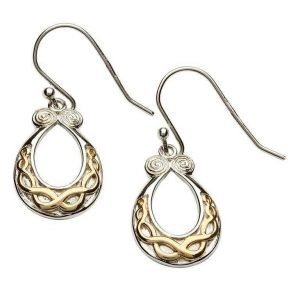 At the time most Viking remains were unearthed and examined their sex was assumed according to whether they had weapons or jewelry, as well as their size.  But according to more modern techniques of identifying remains such as osteological examination of the bones, more of them were women than was previously believed.  And some of those women were buried with their battle gear.  If this seems unlikely, those who were raised by an Irish mother might want to think back to the last time they really, really upset her.  She might not have a wielded a sword and shield, but the Irish mother not one to be trifled with.  The bonus is that she is even more warrior-like when defending her young.

This study was done on remains in England, but there is no obvious reason to assume the sex ratio was significantly different for the Vikings who arrived in Ireland.  Vikings invaders arrived in eastern England in 900 AD, about a hundred years after they hit Ireland.  (We don’t blame them for making Ireland a top priority on their travels; in fact we’d recommend it for tourists – but not for invading armies, thank you very much.)

Our Viking fore-mothers were perhaps not as unlike us as we may have assumed.  They clearly liked their nice jewelry, but they were not delicate flowers.  Some were warriors and some presumably preferred to focus on the unpaid work of raising children.  We could assume they were busily juggling duties, arranging childcare when they needed to pop out and invade a foreign land or pick up some groceries, driving the wee sprog Vikings to rowing competitions or shield making classes, shouting “I told you not to play with that sword in this long house, and if you hit your little brother with it once more, I’ll have to take it off you and throw it out in the rubbish.”  Erm, or maybe we need to watch those assumptions…