Home > Blog > Jewelry Education > A Saint for the Birds

Ireland has a rather high number of saints per capita.  Patrick and Brigid share duties as the nation’s patron saints.  Brendan is remembered as the navigator.  While the list of Irish saints is extensive to say the least, there is one other name visitors are likely to hear.  It’s a name shared by many today, but few know much about this saint, perhaps because he was a hermit.  But anyone who visits Wicklow’s amazing Glendalough will hear of St. Kevin who lived there because of the many remaining features named for him. 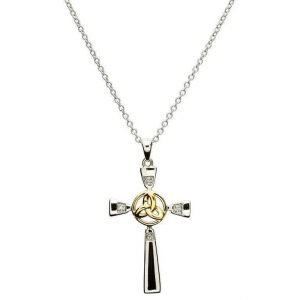 There is Kevin’s Cell, the spot where he built a simple hut.  Kevin had many followers, but he seems to have been more of an introvert.  He asked them to stay away from his cell and leave him in peace.  He specifically asked that they not even approach to bring him food.  (This was before chocolate was widely available, which no doubt made his lifestyle easier.)  He remained praying often and seldom eating for four years.  In today’s always-on world where we are besieged by social media and rarely leave the house with our phones and devices, this sounds equally unimaginable and tempting, aside from the seldom eating part.

Kevin’s Bed is a cave hewn into the side of a mountain about 30 feet above the Upper Lake.  It is now impossible to reach safely, and clearly it was never easy to access.  Kevin did not choose the spot for entertaining large groups of friends, that much is certain.  The general understanding is that he slept there, or perhaps used it to pray in solitude.  The cave is only about three feet tall. 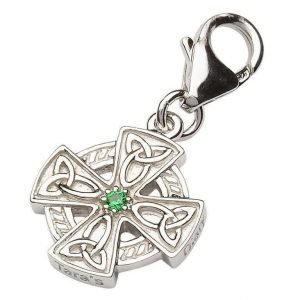 One could easily get the impression that poor old St. Kevin was a bit like a modern rock star stalked by the paparazzi and desperate to escape, but there was nothing rock and roll about his lifestyle.  He literally did have to beat women off with a stick, or at least a bunch of nettles as one story tells us.  He was esteemed as a teacher, but he longed to be away from people and out alone in nature.  He had far more patience with the feathered type of birds.  One famous legend is that he stood with his arm outstretched while a bird built a nest in the palm of his hand.  He remained motionless as the bird laid her eggs and waited until they all hatched before he moved.

Kevin’s extreme asceticism would be a radical lifestyle change for any of his peers during his rather long life (from 498 to 618 apparently).  But Kevin was actually from a relatively wealthy noble family and very well educated.  He chose to live with the absolute minimum he needed to survive, and he was quite adamant about it too.  Nonetheless, he was massively popular with his followers despite the fact that no one could possibly have described him as the life of the party.  Glendalough is a wonderful place for a picnic, but Kevin probably wouldn’t approve bringing a lavish one and posting the pictures on Facebook.