Do you read the fine print when taking a chance on a seemingly great idea?  This family learned the hard way.

The Brain family are of Scottish lineage, but grew up in Australia. They called it home.

In Australia, it has been heavily publicized in recent years that Scots were encouraged to return to the Highlands in an effort to repopulate the area. Not only was this be an overt attempt to gain greater citizenship for Scotland, it was also an avenue for growth and revenue for the country. Needless to say, what greater way to give back, than to return to your country of origin and help out?

Watch this video below which highlights the two opposing sides to this issue; the powers that be who deny much-needed compassion and the other side which appears to hold all of the humanity.

After researching this relocation idea, Kathryn and Gregg Brain, made the decision to move to Scotland. They not only took one huge trans-continental move, but also brought along their adorable son Lachlan for the journey.

A little bit about Lachlan: he is fluent in Gaelic and is just as cute as a button. Did I already mention that he is only seven years old?

In his young life, he has already lived on two separate continents, witnessed contrasting cultures and blossomed in two different spheres of the Earth. He is obviously bright to boot. However, because his parents failed to meet a minor requirement for the program in which to gain Scottish citizenship, he has faced the fear, along with mom and dad, of being deported. Never-mind that this very program was the one which motivated them to move back to Scotland in the first place.

This event has caused a virtual outpouring of support for the young boy, his family and shed the all alarming light on a decency issue.

Lachlan is just a boy. He’s too little to understand much of this. But he can understand pain and emotion. He can tell that something isn’t right.

At times like this, maybe it is best for all of the adults involved in this issue to put their personal feelings and business agendas to the side and try to view this from the eyes of a seven year old boy who this is ultimately effecting. 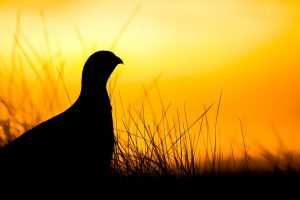 He loves Scotland. It seems to be a place that makes him feel good; good enough to want to learn a rare and cultivated language at such a young age. If he were given the chance to stay, he may begin to plow even bigger passions for Scotland. Why rob him of that due to bureaucratic red tape?

This ugly turn could easily cause his heart to harden. And if forced to leave, that would likely cause a permanent dent in his views of the world and it’s politics.

I suggest that some of the law makers enmeshed in this reassess their ideals and criteria for certain institutions. It seems that with the onslaught of community pressure that they have had no choice but to budge. Alas, why did it have to take all of that to make a difference to them? It’s hardhearted.

Weeding out good people just because they lack one little detail that can easily be overlooked is simply not worth the thorn that might forever wedge itself into the veins and livelihoods of honorable people. After all, they were just accepting an invitation set before them by the very country who has now tried to deport them.