Skellig, Vader and Conservation Make for an Interesting Mix | ShanOre
Skip to content

What do all of these things have in common? I bet no one ever considered that this group would be bonded together by many strong forces.

The Skellig Islands are a group of territories juxtaposed in the Atlantic off the coast of County Kerry. Ireland itself is a big island and it goes to show that even on the outskirts lie tiny specs of turf that pushed their way up. No one lives on the Skelligs, but at one point, a monastery was established on one of them some hundreds of years ago.

It is of no surprise to me that the monastery eventually died out. The landscape of Skellig is very rough and ragged. Add to that, the temperatures and wind probably made for some fierce, living quarters. To me, it is amazing that anyone ever resided there, especially given the needs of human life. Then again, it does not surprise me that the ones who chose to live there were blended by faith and religion. It seems that the only ones brave enough to take on such a feat would have had to be spiritually-inclined. 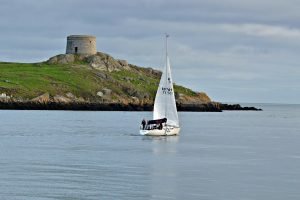 the remnants of the people who chose that isle as a means to reflect and devote themselves, many a bird species have found the Skelligs ideal for building families and populating their groups. I tend to believe that the monastery laid this groundwork. Perhaps, their rustic shelters provided a much-needed relief for all those tired bird wings. Maybe.

Nowadays, the Skelligs are considered a UNESCO World Heritage Site. It is an important place. The franchise that has built one of the biggest, space epics ever, Star Wars, seemed to think so too. 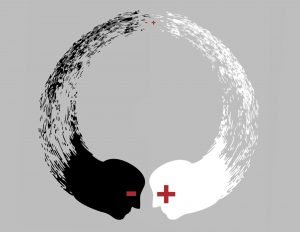 I watched “Star Wars: The Force Awakens” in the theater, in a seat, that was personally way too close to the screen for my liking. But, the group I went with liked the seats up front, so I happily obliged. After all, we’re talking about Star Wars. And in an effort not to give anything away to anyone who has yet to see the film, there is a great scene in the movie where a pivotal character is seen standing amidst the rocks and rough terrain that Skellig Michael is renowned for. It is a place that was once sought out by those who believed and felt so strongly in a concept that they had made it their home.

I instantly recognized that this place 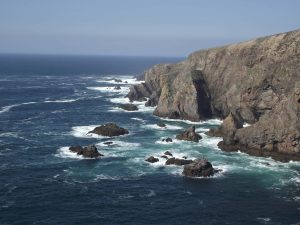 looked familiar. Being that I write about Ireland, I remember saying aloud, from behind my crudely made stormtrooper mask,”Is that Ireland? It looks like it.” It turns out, that I was right and that stormtrooper masks weren’t really meant to be worn during theatrical presentations. I just recently learned that this Skellig will feature another Star Wars film set to be released in 2017. Despite the concerns of many conservationists that the production would interfere with bird fauna, the project was given the green light.

At this news, I couldn’t help but reflect. Isn’t it interesting that a film that is notoriously set on a theme of good versus evil would pick such a place? I mean, it is the central location for such a dilemma and it makes sense to me. I guess, what I’m thinking is that good does eventually conquer over evil, even though at times good might have seemed to be squandered. I do believe it ultimately will win. And a great reminder of this notion, this idea, is an island sitting out in the Atlantic called Skellig Michael.