If ever in Ireland and if visiting around the time of Halloween, it would make sense to look up historically haunted places to visit. Ireland has quite an index of paranormal and ghostly sightings for those who are interested in visiting these establishments.

A country as rich in history as Ireland is sure to have some spooky stories. Some of the occurrences have taken place in buildings or areas that are no longer standing, however, many of the locations are still open and available for viewing. For book lovers who might want an added incentive Marsh’s library in Dublin would be a great first pick.

Around the corner from St. Patrick’s Cathedral, hides this mysterious and quaint little place. It is filled with classic, historical and priceless books and that’s not all. The museum offers insight into some of the rare collections that are still gracing the shelves. The most intriguing part of Marsh’s library is the spooky haunting that has everyone talking. The person who is said to wander through Marsh’s book aisles is none other than the founder of the library Archbishop Narcissus Marsh. He had the distinction of opening and maintaining one of the first ever public libraries in Europe.

It was also a free library in Dublin. Many have recounted a tale of the Archbishop’s niece who he treasured. She fell in love with a sea captain whom the archbishop strongly disapproved of and therefore tried to prevent them from seeing each other. His niece defied him and went ahead and eloped with the man she loved, but before departing wrote him a letter asking him for forgiveness and placed it in a book somewhere inside his library. Some say that the archbishop’s ghost is still wandering the library in search of this note that he never found while alive in order to console him for the loss of his niece. 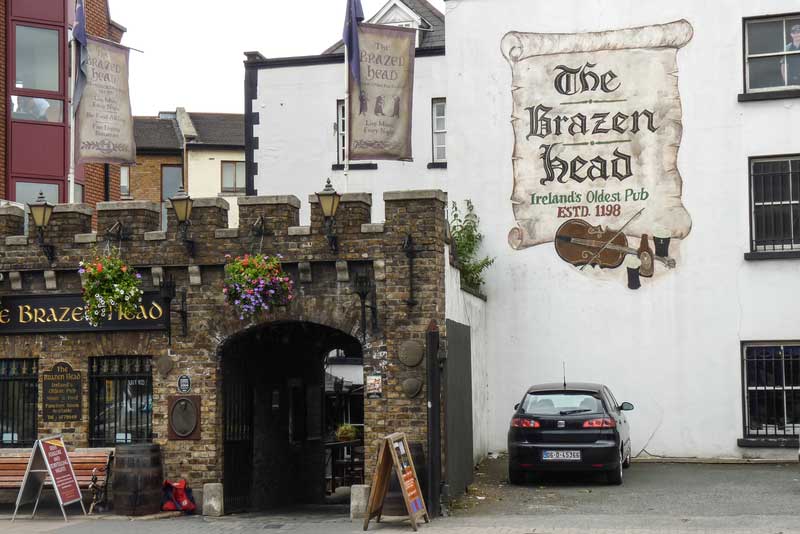 Another place in Dublin for spooky encounters is Brazen Head. The Brazen Head is famous for being the oldest pub in Ireland. Robert Emmet, the Irish nationalist and rebel leader, used the pub for many meetings during his time trying to organize rebellions. Eventually, Emmet was captured and executed for treason and it is thought that his ghost still peruses the pub looking out for enemies. The Brazen Head also is said to have at least one other ghost. The Irish poet James Clarence Mangan is supposedly a presence there. People who frequent the establishment say that a drop in temperature indicates his arrival.