Who Was St. Valentine - ShanOre Irish Jewlery
Skip to content

How much do you know about the Saint named Valentine. Did you even know that the day set apart for love and admiration between people was named after a saint?

What do you know of the man commonly referred to as Saint Valentine?

Saint Valentine was a Roman priest in the very early A.D. period. The ruler of Rome at the time was Claudius the second. Claudius believed that married soldiers did not fight as hard as unmarried men did. He believed that unwed soldiers were more apt to fight for the cause due to their lack of fear at the prospect of losing a wife and family.

Therefore, Claudius set forth a proclamation to his citizens and forbid marriages to occur in young people. His primary concern was that he wanted all able men to be prepared for wars and felt that matrimony in young men would hurt his desire for expansion and growth. This is where Saint Valentine came in.

His concern wasn’t in the expansion of Rome and most specifically he wanted people who were happy and in love to have a chance to officially become couples regardless of their ages. At this early time in history, conservative attitudes about love and marriage were hardly known. The ideals of the Christian Church were much more simplistic and innocent.

If you are still looking for a great Valentine’s Day gift for that special person, then consider this Claddagh Sterling Silver Ring with a real 10k gold heart in the center. 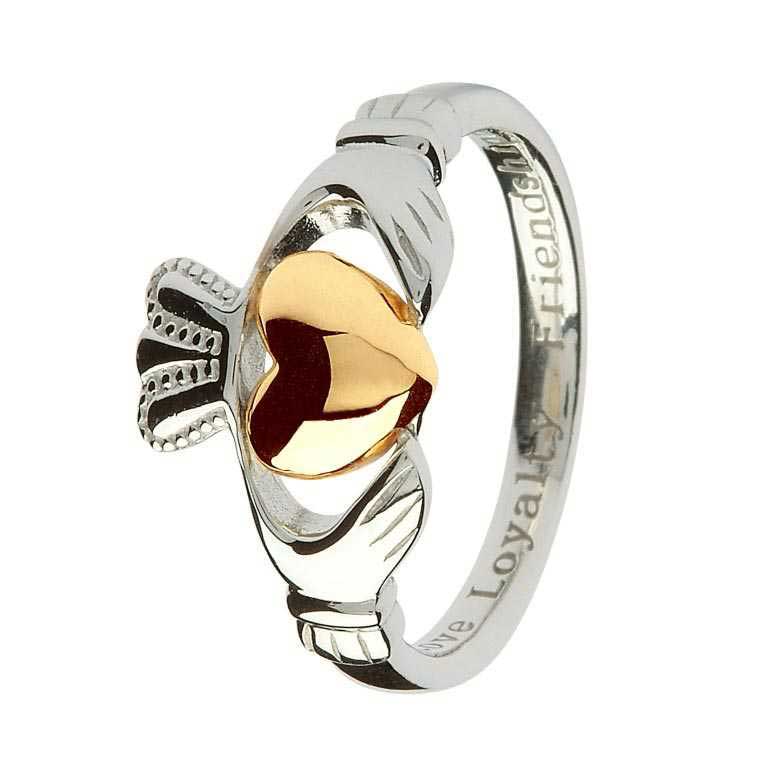 For instance, Saint Valentine believed in one man and one woman being an item in church versus a man who might have had several wives. This difference would mostly cause polygamists to seek respect for their pairings outside of the church. What St Valentine wanted was to persuade people to find the Christian Church and eventually embrace their teachings such as monogamy.

Because of his belief, St. Valentine would secretly marry people in the church as long as they were willing to live by Christian teachings. This also meant that he willingly married people who were forbidden to wed because of the edict from Claudius. When he was found out, he was put in prison and tortured until he died. His only crime was disobeying the edict and marrying those who were not legally allowed.

The way St. Valentine viewed things is that he was doing his duty in the church as long as those that he was marrying were in love and willing to accept the church. However, even though what he did was aligned with good and God, it infuriated Claudius because it threatened his reign as a ruler. This was why he had the Saint sentenced to die.

So, Saint Valentine was known as a patron who embraced love despite government rulings. He died for his faith. Today, his remains are in a church in Dublin. Not surprising is that many people go to visit this church on Valentine’s Day every year. Even though, the stand he took was a tough one, many people can appreciate the fact that what he did, he did for the belief in love over what a dictator says is acceptable. Sometimes even in today’s world, there are people who still have to fight to be with the ones they truly love. For that reason, St. Valentine’s message was an eternal one. It will continue to have pertinence as long as people oppose allowing those who love each other to be happily wed despite what their personal views might tell them is right. Perhaps, that is the true message of love: allow two people to be happy and united without interfering your personal intentions.