It may have been just me, but stereo-typically speaking the Brits were always cast as the country that had dibs on starting tea time. However, any walk down most supermarket isles and a library would change your mind.

There is a very famous tea known as Irish Breakfast tea. Many restaurants serve it as a standard. It is similar to English Breakfast tea and all accounts to discerning tea drinkers claim that the Irish blend is stronger. The Irish Breakfast tea is made of several black caffeinated tea leaves most specifically, Assam tea which is a region in India. This region is ideal for growing tea leaves and is credited for giving the Irish tea it’s malty flavor.

I was surprised that Ireland has been ranked as the the biggest per-capita consumer of tea in the world. If I were asked, I might have guessed another country like Great Britain, India or even China or another country in Asia. However, this tradition has been a strong one in Ireland for a long time. On average, the typical Irish citizen drinks four to six cups of tea per day. 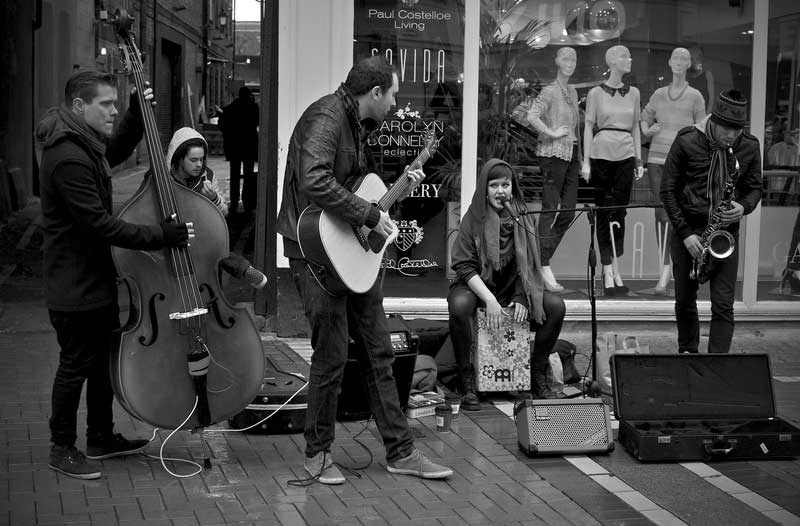 Three major tea chains are popular in Ireland which are J. Lyons and Company, Barry’s Tea and finally Bewley’s Limited.  Bewley’s owns and operates one of the most recognized tea shops on Grafton Street in Dublin. The famous stained glass artist Harry Clarke even designed several of the paneled windows in front of the establishment. Bewley’s has operations on both coasts of the United States and has made recent pledges to reduce effects of their industry on the environment as much as possible.

Barry’s was found out of Cork and is commercially responsible for about forty percent of all tea sales in Ireland. It is a relatively small company in size considering it’s profits, however, it has a great longevity and has done a small bit of expansion although not as much as it’s competitors. J. Lyons has been around for a very long time and by far has had it’s hands in several different markets besides the tea business. Lyon’s had owned a specific brand of tea known as Horniman’s Tea from about the 1920’s to about 1993 when the company was finally sold. The tea has since died down from popularity when once this company was a sheer monopoly in the world trade of tea in the late 1800’s. Nearly a century later, it no longer had an appreciation for the business or so it seemed.

For those who reside in or visit Ireland many of these places and brands will definitely be relevant and well known. For others who have yet to go, it will be nice to know in advance of the things you can expect to see. There are also places to check out for your tea destination. Try to get your per capita status while you are there. Here’s a top ten list for tea in Dublin. Have fun!