Believe it or not, men’s wedding rings are a new concept that only gained popularity in recent years. That’s right! Although the use of wedding rings goes back 5,000 years or more, historically, only women wore wedding rings.

In the past, most aspects of weddings were women-centered, and so was the use of wedding rings. Today, on the other hand, we cannot imagine a wedding ceremony without the classic ring exchange.

This blog post will give you a quick overview of the history of men’s wedding ring traditions.

History suggests it was common for men to wear rings to represent power, fortune, and wealth. These rings, also known as Signet rings, often featured their family’s crests, and men used it to sign various documents.

These rings were used as betrothal rings to represent the marriage contract between two families. Women often wore those to indicate that their ownership belonged to her husband’s family.

Going back 5,000 years, ancient Egyptian civilization wore engagement and wedding rings to symbolize everlasting love and devotion. They used to use woven reed and leather to make the rings. At that time, Scarab and Signet rings were the most popular type. 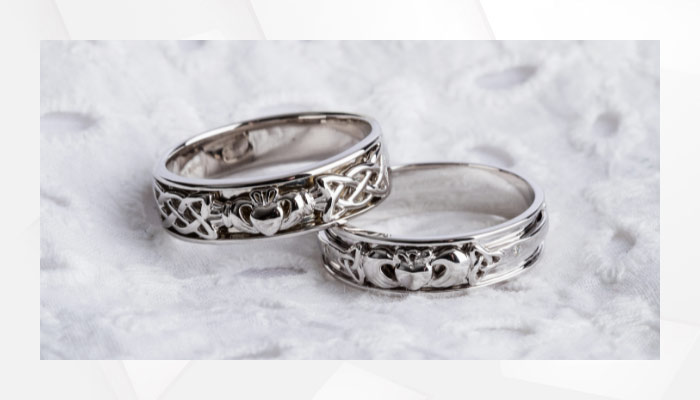 Similarly, ancient Romans and Greeks made use of Signet rings. Historically, these evolved to what today we know as “Fede Rings“, which consists of stone or gold carved rings with two hands holding each other (similar to the Irish Claddagh Ring).

Some speculate that the two hands present on a Fede Rings represented the handshake after an agreement. It’s very technical and non-romantic, we know. Also, it is very different from the romantic symbolism wedding rings have today.

Fede rings regiment endured up to the 15th when two new styles surfaced and gained popularity: Gimmel and Posy rings. Gimmel rings featured a complex design with three interlocked bands. Posy rings, on the other hand, featured poems or love verses engraved in the shank.

But when did men start wearing wedding rings?

The tradition of men wearing a wedding ring only gained popularity in the early 20th century. According to scholars, this was influenced by some major events such as world war II, the rise of feminism, and the changes in social economics. To make it easier to understand we’ll break it down by events. 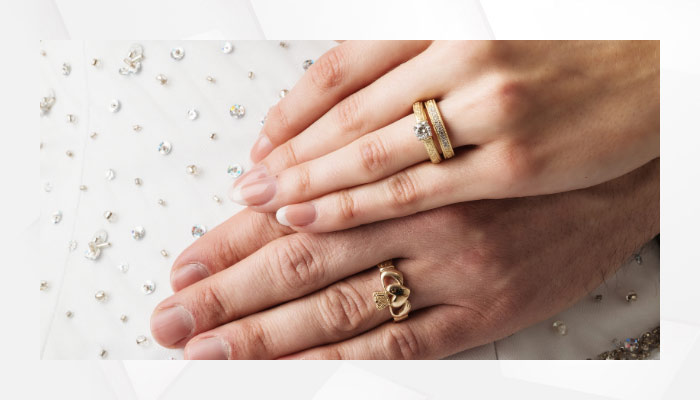 During World War II, marriage rates had a boom. However, the war separated many couples. As a result, soldiers had to leave their families to work in the front. These men began to wear wedding rings to remember their wives and the life they left behind.

It was a token of the love and commitment they shared. It was also a pain relief from the separation. Around that time, wedding rings started to have the sentimental meaning we know today.

The Rise of Feminism and social change

Scholars also suggest that the rise of the women’s rights movement had a considerable influence. As we mentioned previously, historically, wedding rings represented the “ownership” of a woman by a family. Therefore, it was more of a representation of the power of the man over the woman.

According to history, German Jewish brides were one of the first to push for the regularization of men’s rings. The whole idea was to make the ritual more equal for both men and women. 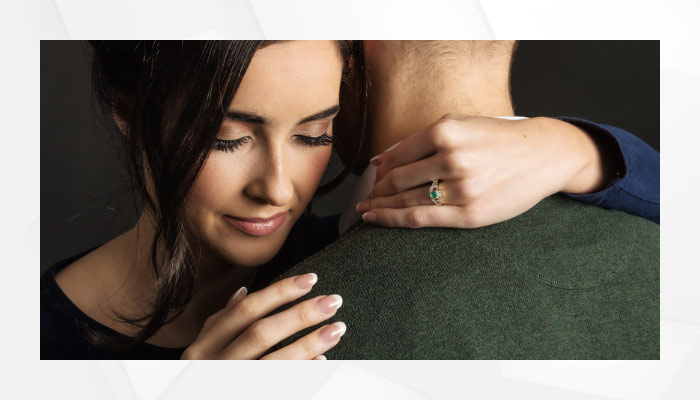 Men’s wedding rings are a tradition here to stay. They have gained new designs, materials, and significance. It is more than a representation of marital status. It represents the love two people share. 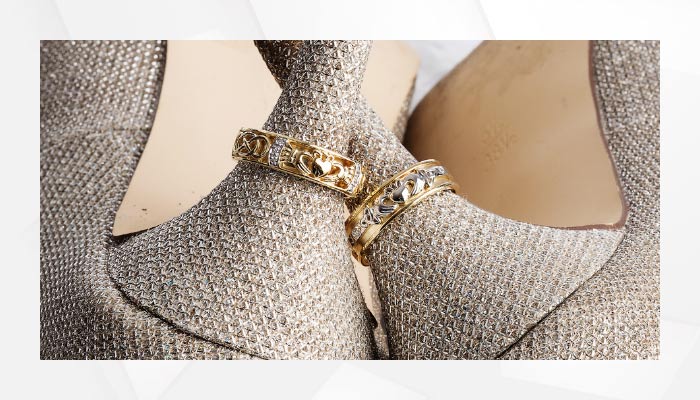 To sum it up

Men’s wedding rings are a recent wedding tradition. In the early days, women wore wedding rings to indicate the family she belonged to. Today wearing a ring has a rather different representation.

Today in a marriage ceremony, both bride and groom exchange rings as a sign of their love and commitment. Never mind the fact it didn’t start as a romantic token. Modern couples gave it the most beautiful meaning.