Ask anyone outside Ireland what the national symbol of Ireland is, and they will promptly answer Shamrock. But little do most people know that the Irish harp is the official national emblem of Ireland.

The harp is present in the Irish presidential seal, official documents, passports, Irish euro coins, and more. But despite being popular in Ireland, it did not become popular in other countries (like the Shamrock, for example).

This blog post will make it justice. We will walk you through the history, meaning, and some curious facts about this national symbol of Ireland. In the end, you may also fall in love with it.

What is an Irish harp? 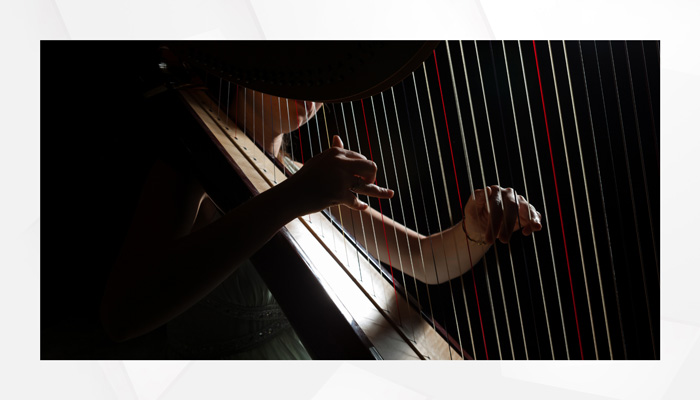 The Celtic harp is a beautiful musical instrument characterized by its captivating sound. Luthiers would carve a harp from a single piece into a triangle shape. Additionally, it included a soundbox made of the same wood. The Celtic harp also featured a heavy, curved neck.

An Irish harp usually held 30 to 50 heavy brass strings. The harp’s design was as such to take the tension from the strings. It is an instrument strung diatonically. In other words, a harp creates seven notes per octave, requiring skilled musicians to play it.

Quick facts: the Irish harp is also known as cláirseach in Irish, clàrsach in Scottish Gaelic, telenn in Breton, and telyn in Welsh. 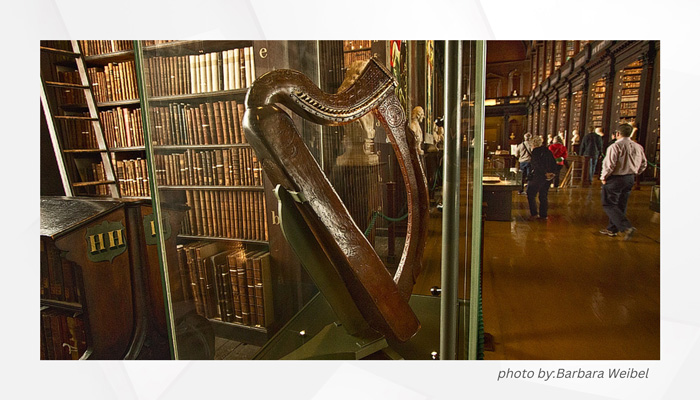 The elite of that time held players of such instruments in high regard. That is so true that Irish law from 700 AD established that bards and ‘cruit’ players should have special treatment.

For a long time, the Celtic Harp had its glory in Celtic culture. Henry VIII, an English monarch who declared himself the King of Ireland, even chose it as the official national symbol of Ireland.

However, by the end of the 17th century and ruled by the English monarchy, traditional Irish society began to decline. With that, the Celtic harp also lost its prestige. Gradually harpists lost their high status, and their numbers became fewer and fewer. The ones remaining became traveling musicians moving around the country.

You may also like: Great Wisdom from Dagda’s Harp

Despite its decline, the harps’ symbology remained strong. As a result, it became a symbol of resistance to the Crown and England. Consequently, the harp became banned in Ireland and Scotland, and its tradition started to wither away in the 18th century.

People in Ireland did not listen or enjoy the harp for almost 200 years. But that changed when in 1792, ten harpists organized a festival to celebrate the tradition.

There are only three surviving medieval harps: the Brian Boru Harp in Trinity College, Dublin, and the Queen Mary and Lamont Harps, both in the National Museum of Scotland, Edinburgh.

Quick fact: Brian Boru, the last high King of Ireland, is believed to have been an accomplished player. Some people think Boru played the 14th-century Trinity College Harp. That’s why it is also known as Brian Bory Harp.

What is the meaning of the Irish harp? 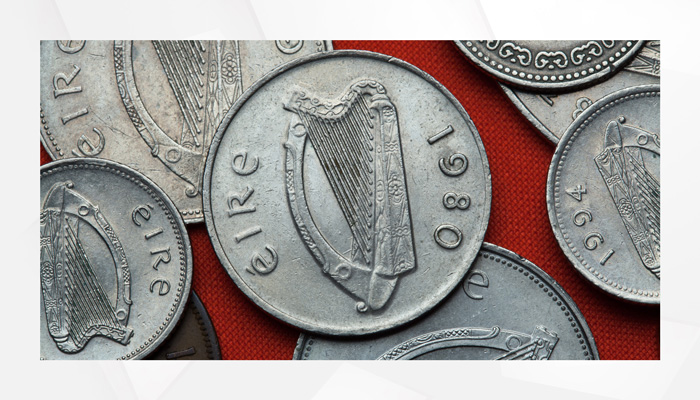 The Irish harp is a symbol of nationalism in Ireland. It represents the Irish pride and resistance. The emblem is spread across the country and found in official documents, such as passports, driving licenses, presidential seals, and more.

Many Irish companies also have the harp in their logos. Guinness, which features a harp as part of its logo, is the most popular.

Throughout history, the harp gained different meanings. In the 13th century, for example, it represented the country’s sovereignty in early Irish mythology.

As history progressed and Irish society changed, the harp gained new meanings. As years passed, it became a symbol of Irish pride and resistance that remains today.

Quick Fact: Turlough O’Carolan was Ireland’s most famous harpist. He was considered one of the greatest composers of Ireland.

To wrap it up! 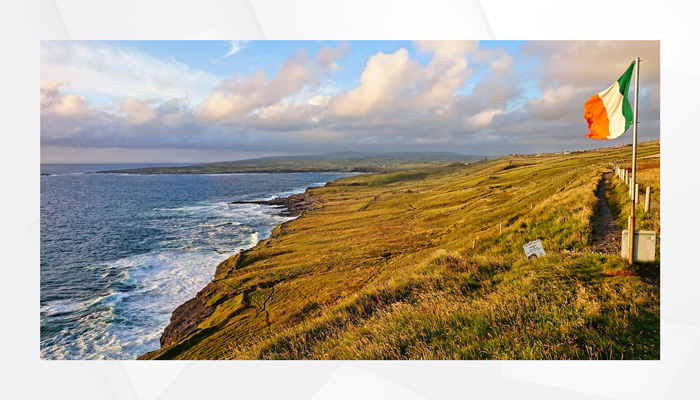 Ireland is the only country with a musical instrument as its national symbol. As intriguing as it might seem when looking at history, it is easy to understand why.

Cultural expression is a fundamental characteristic of a society. When cultural elements get stripped away from people, their identity begins to die. The harp represents the Irish desire to hold tight to their identity. It is perhaps one of the most beautiful symbols in Irish culture.

The harp represents Irish people’s desire to maintain their identity. It is one of the most beautiful symbols in Irish culture.

Discover our collections of sentimental and symbolic jewelry.