The Politics of Flowers - ShanOre Irish Jewlery
Skip to content

Valentine’s and Easter mean it is time for flowers! Flowers are a language of their own, and that language has an Irish dialect that isn’t quite like the language of flowers in North America. Knowing your flowers can keep you out of trouble… especially if you’re planning to give them to someone Irish.

We Irish are notoriously down to earth in many ways. We aren’t snobs. While we enjoy our comforts and our luxuries as much as anyone else, we don’t judge people on their material wealth nearly as much as is the norm in other places.

That said, if you are dating an Irish woman you need to know one very important thing that could save your relationship. We have an almost psychic ability to detect flowers purchased at a gas station or mini-mart. And heaven help you if you give us a bunch on Valentine’s Day. You’d do better with a fistful of dandelions. 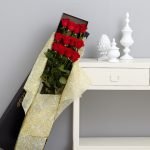 We don’t require a dozen long-stemmed red roses, but come near us with flowers that stink of last minute desperation, and you have signed your own warrant. Hell hath no fury. Quirky is fine. Inexpensive is fine. Nicked from the neighbor’s garden is something we can overlook. (Please note the same is not true of flowers nicked from a cemetery.) But in the Irish language of flowers, mini-mart or gas station bouquets clearly say ‘ah feck, I only remembered what day it was on the way here and I really could not be bothered’. Being late is forgivable.  The weeds of desperation are not.

It goes without saying that fake flowers send entirely the wrong message, right? 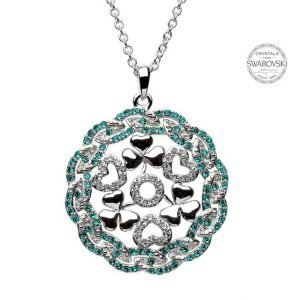 If you are looking for flowers to woo your Irish sweetie, you have plenty of gorgeous options. England does not have a corner on roses; they grow very well in Ireland and are universally loved. You might be looking to fill in the bouquet with some other blooms, and sadly, shamrock is not great for this.

Bells of Ireland, however, make a lovely green addition that looks beautiful with white and pink flowers. They are long stems with green, bell-shaped flowers.

Lilies are gorgeous, and they come in many varieties and colors. Many smell wonderful. Easter lilies, aka calla lilies, are a powerful symbol in Ireland – and a controversial one in some circles.

They are a symbol of the 1916 Easter Uprising. If your beloved is a staunch Irish nationalist and yearns for a united Ireland, a few in a bouquet might be just the thing… but be aware that they are used by Sinn Fein, and some view them as a symbol of the IRA and a sign of support for the armed struggle. Others would argue passionately against that interpretation, but Valentine’s is a day to be a lover not a fighter so proceed with caution. All other lilies are safely apolitical.