When it comes to food, Ireland doesn’t have the same high-profile reputation as Italy, France, China, or Mexico. But Irish cuisine goes far beyond the humble potato. Visitors to Ireland are sometimes surprised when they discover the delights that await them in bakeries and at B&B tables.

One of those delicious discoveries is Irish soda bread: spread with butter and marmalade, it is perfect with a warm cup of tea. At dinner, it is especially good with fish. Soda bread is a perfect party snack or appetizer when paired with cheese or smoked salmon. If you’ve tried this distinctive bread, you might be curious about Irish soda bread history. 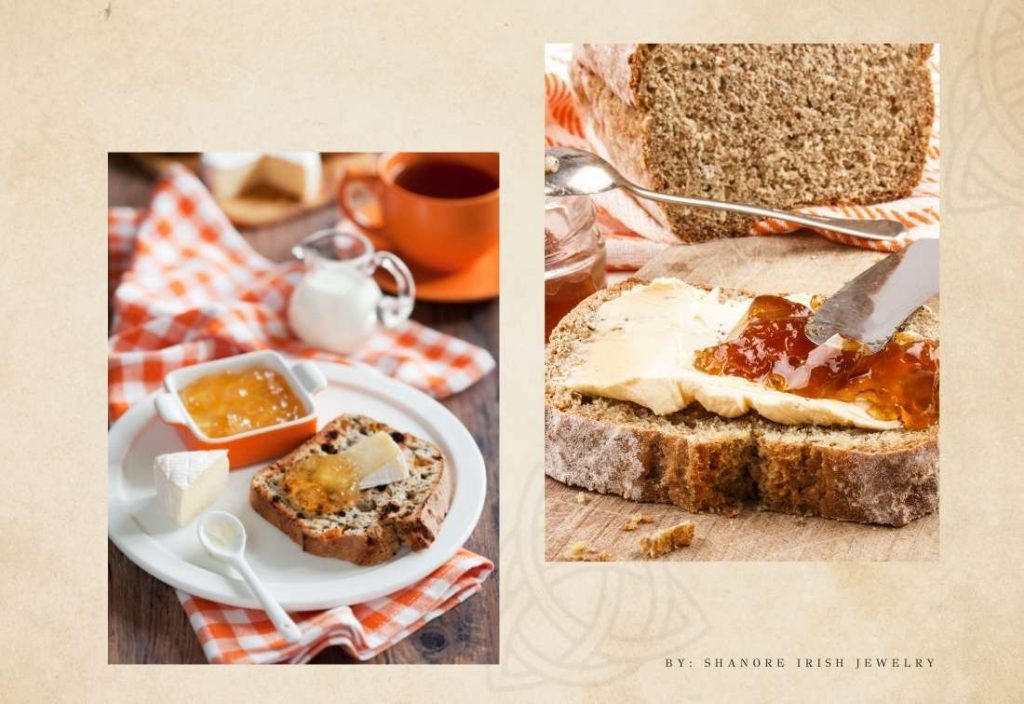 What is the history of Irish soda bread?

The bread wasn’t always a big part of the Irish diet. Before baking soda was developed, people had fewer options for making bread. Yeast was the best way to make the dough rise. However, the type of wheat grown in Ireland didn’t work well with yeast.

In addition, Irish people usually cooked over a fire, and not in an oven. (Notice how popular stews have always been in Ireland.) And for yeast bread to rise properly, it really needs to be baked in an oven.

Bread started to make part of the Irish diet with the arrival of baking soda. It gave people everywhere a new way to make bread. In 1791, a French scientist developed an early form of baking soda. Bread making suddenly became a lot easier as yeast wasn’t needed to make the dough rise.

Today we refer to these breads as quick breads because they don’t need the time as yeast breads do for the dough to rise. 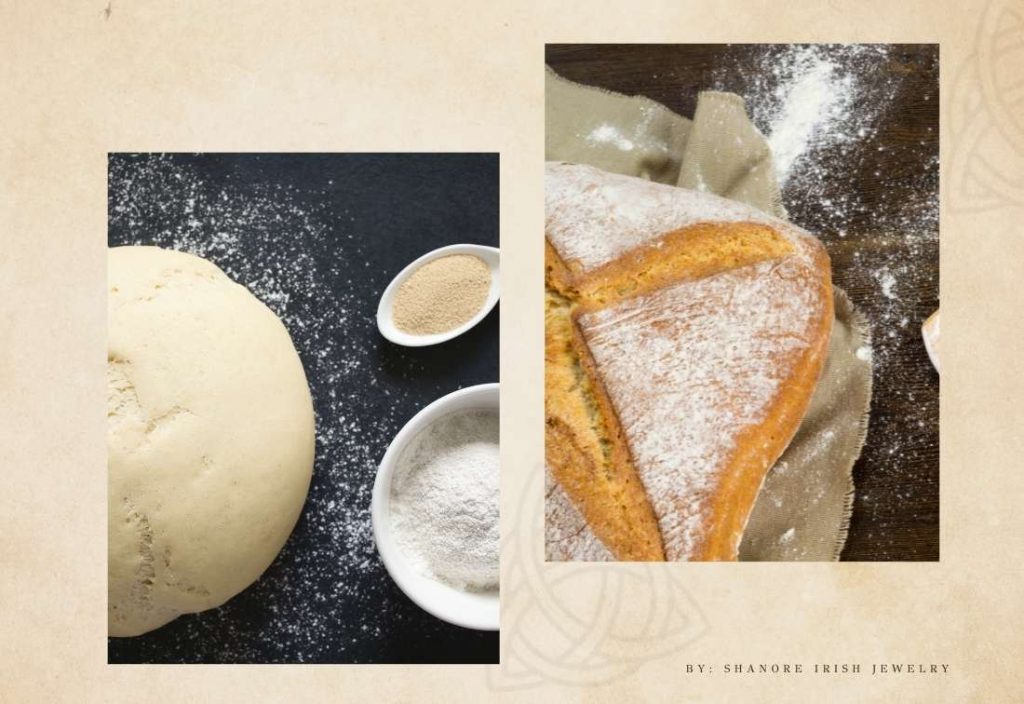 Cooks everywhere began experimenting with new breads. They shared new recipes in newspapers and magazines in the UK, Ireland, and the USA.

Ireland wasn’t the only soda bread country of origin, but Irish soda bread’s traditional history has its own unique story. The potato still reigned in Irish kitchens, however, for many years. It was an ideal crop for tenant farmers because it was easy to grow and very nutritious. Potatoes are also extremely versatile for cooking.

The Fall of Potatoes and the Rise of Bread

Everything changed in Ireland when the potato blight struck in the 1840s. The crop failure and subsequent behavior of landowners led to massive starvation, death, and emigration. Desperate for nourishment, Irish people focused on soda bread. It was quick and easy to make, and it could be cooked over a fire in the most basic country cottage. The ingredients were inexpensive. And the soda bread was also delicious.

Irish soda bread history wasn’t free of scandal. When the demand for bicarbonate of soda, a pure leavening agent, soared abruptly, it became scarce. This was a grim chapter in the story behind Irish soda bread. 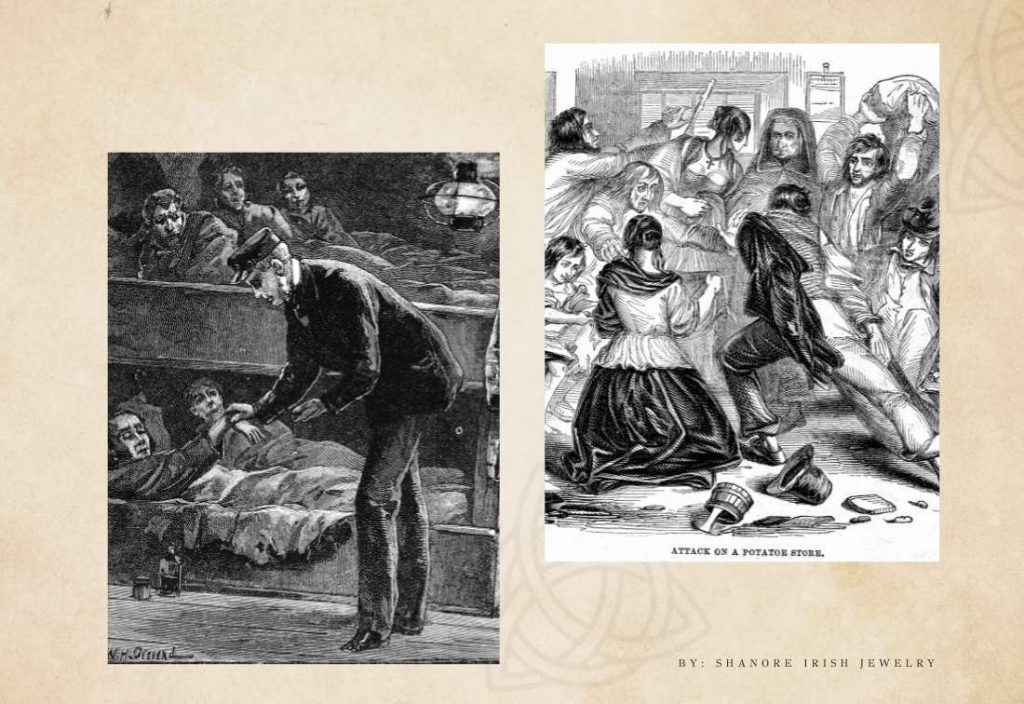 The famine passed. Political unrest continued until the 1916 Uprising and Ireland’s eventual independence. Soda bread remained a staple throughout those turbulent decades.

From commercial bakeries to cozy cottages, people developed their own take on this rustic bread. Cooks got creative, using lighter flours and adding raisins. Grandmothers passed down recipes, and today groceries even carry gluten-free versions.

Some people will argue about what is and isn’t traditional Irish soda bread. But since people first started baking it, they added their own special touches. Some elements are consistent. It uses whole wheat flour, although it is often mixed with wheat flour.

Buttermilk is standard, although soured milk is an acceptable substitute. An egg is usually included. While bakers might bicker about even those basics, there can be no dispute about the need for baking soda! 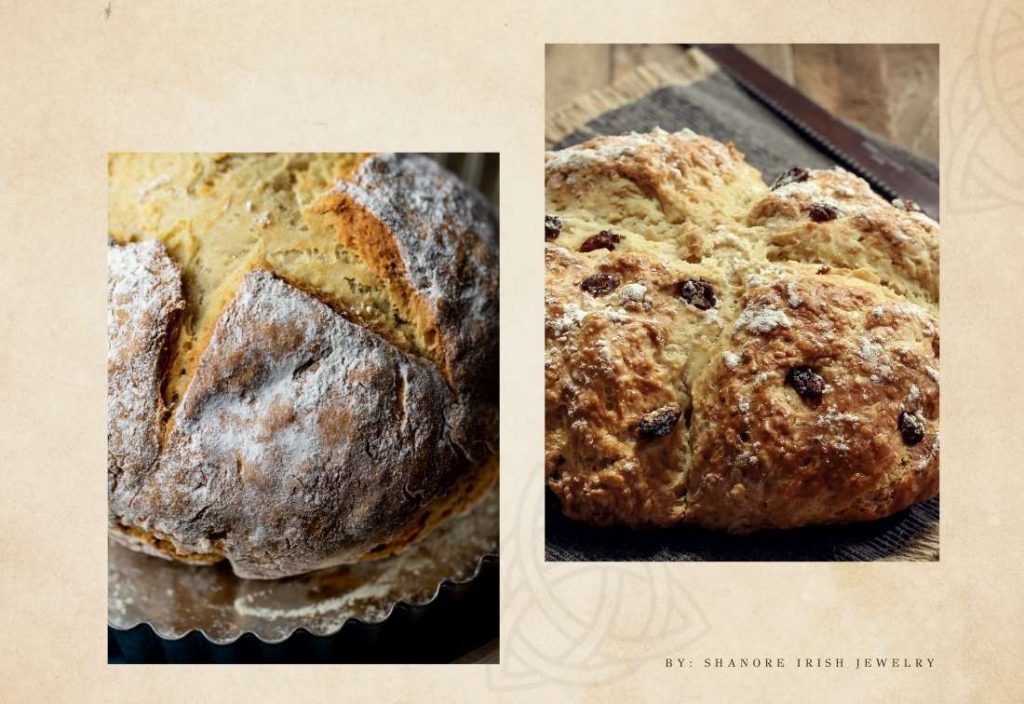 Traditionally, it was made as a round loaf in a skillet-like pan over an open fire. The loaves always had an X cut into them. Here again, you’ll find a variety of opinions about why.

For some, it is a Christian cross. Others say it lets the fairies out of the dough. Practical types claim it allows the bread to rise without cracking the crust and makes the loaf easier to divide.

Some Soda Bread Options to Try

If you are interested in making your own Irish soda bread at home, you can find loads of recipes online. Which ones are worth trying? Look for recipes that don’t have a lot of extra bells and whistles.

For an authentic loaf make sure the recipe tells you to mix the ingredients with your hands, not a mixer. You should avoid kneading the dough or handling it too much. You can make it with raisins and add loads of butter. Or you can make a rich, wholewheat loaf and top the slices with salmon. However you make it, this is a real taste of Irish culture past and present. 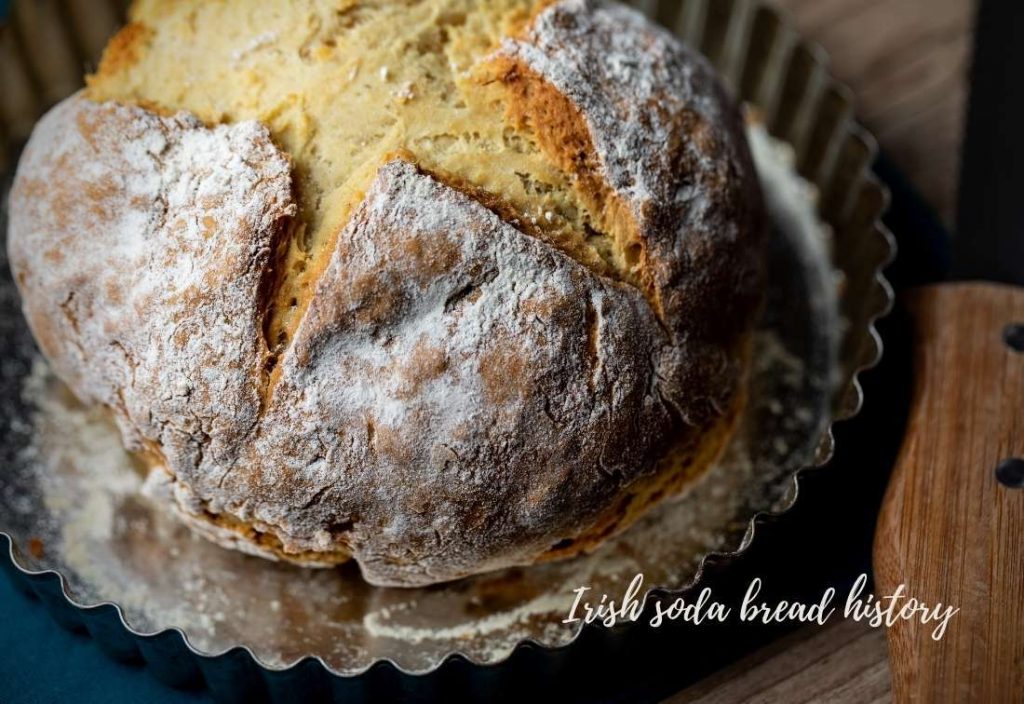 Not sure where to start? Try Our Favorite Soda Bread Recipes

Food can be a very primal way to connect with our history and heritage. It has a special place in our memories. Who doesn’t remember a favorite dish they enjoyed growing up? Many families have special recipes that are zealously guarded and carefully passed down through generations.

The Irish Soda Bread is no different. This Irish tradition has passed from generation to generation, and it does not seem to be going anywhere. If you want a quick way to travel to Ireland, try one of our favorite recipes listed above. It is a quick and delicious way to connect to the Irish culture. Then, share your baking experience with us.