There are several males who have become famous names in the theater business and they fortunately have come to call Ireland their home. They have then gone on to perform in big productions all across the globe.

One such performer is Killian Donnelly who was born in County Meath in 1984. Killian grew up with two siblings and started out his ambitions as a member in his schools musical society. He got his first big break when he was twenty-one and he was featured in “The Wireman” at Dublin’s Gaiety Theatre.  Killian would continue his work and further his career by playing roles in the Olympia Theatre in Dublin, the Cork Opera House in Cork and the Gate Theatre in London. 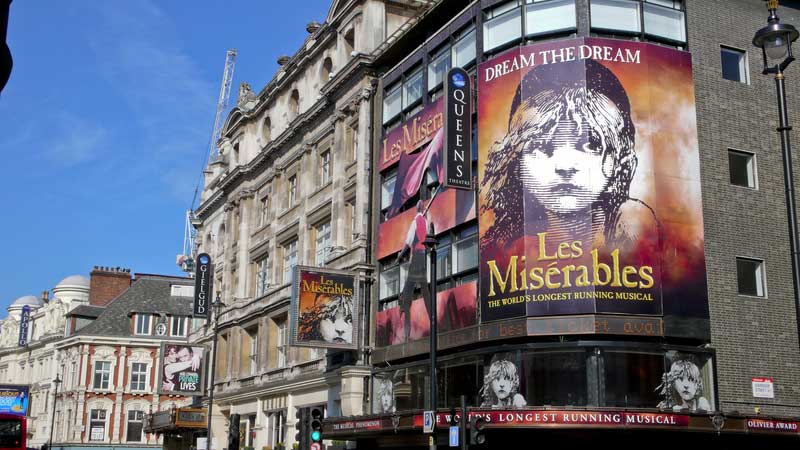 When Donnelly was twenty-four he was lucky enough to become a part of the Bournemouth Symphony Orchestra’s performance of “Les Miserables” when they performed on the Isle of Wight off the coast of England. This role was pivotal for Donnelly’s career as he was only listed as a backup initially, but eventually he made his way up to lead roles several times. He spent three years in the cast of “Les Miserables” and it did not go unnoticed as he next went on to perform in Andrew Lloyd Webber’s production “The Phantom of the Opera” in Westminster. After this Donnelly, started to get commercial work, roles on television and continues to work in theatre today.

Another impressive male from Ireland and in theater is Colm Wilkinson. Colm was born in 1944 in Drimnagh, Ireland. He had nine siblings and his house was often filled with music which inspired his future in the business. Colm decided to dedicate himself to theatre completely when he was just sixteen years old after he went on a tour to the United States.

His career began when he was cast in Andrew Lloyd Webber’s “Jesus Christ Superstar” in London. He did so well at this role that he eventually toured nationally as the character Judas Iscariot.  Another impressive milestone for Wilkinson is that he released an album in Drimnagh when he was thirty-three. This album ended up in the top of the Irish music charts for several weeks. In 1985 when Colm was forty-one, he played the role of Valjean in “Les Miserables” in England. When the production moved across to New York on Broadway there was an issue about not wanting to allow Colm to continue his role because he was not an American. The director stood his ground and refused to continue the show without Colm, so he was allowed to continue. Because of this Colm was nominated for several awards including a Tony and noticed by many for his outstanding performance.

Colm has famously reprised his role as Vajean several times and since then he has performed for many dignitaries in concerts and all over the U.S and Europe. He continues to hold concerts and to perform in theatre roles in many countries including where he now resides with his family in Canada.