Ireland has always had a more personal relationship with ghosts and spirits than most places. This is the birthplace of Halloween, after all. The holiday grew out of Samhain, the last night of the Celtic year. This was when the veil between the world of the living and the spirit world was worn so thin that those beyond could freely visit – and terrify – us here.

Despite Ireland’s colorful history, the countryside features many castles in various states of disrepair. Plenty of castles in Ireland are rumored to have a creepy, unsettling feel to them or are said to be haunted by ghosts. People have reported all sorts of disturbing going on. But these four are particularly spooky. 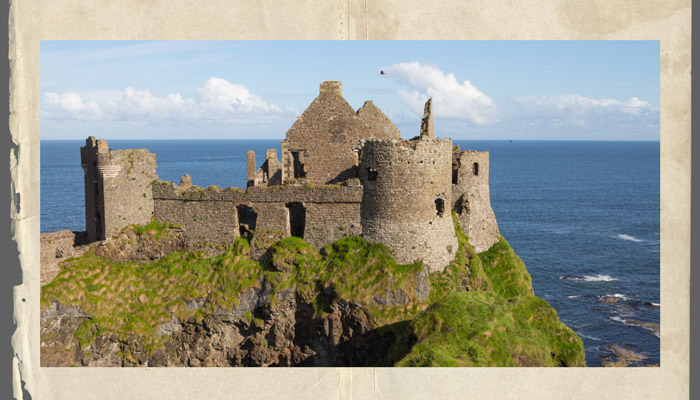 Fans of the series Game of Thrones have already experienced the foreboding feeling of this castle, which they know as Castle Greyjoy. Built-in the 1500s, it has seen centuries of conflict and intrigue.

Legend has it that the castle owner, Lord MacQuillan, wanted his beloved daughter, Maeve, to marry a man he chose for her. But Maeve refuted it because she was in love with another man. Her father was angered by this and so he locked her away in the castle’s tower. There she stayed and waited for her true love to save her from her ordeal.

One stormy day, he came and the pair made their escape in a rowboat across the harsh ocean. The storm, however, caught up with them and they were both thrown into the water, where they perished while still holding each other.

Rumor has it that dreadful screams can be heard on the northeast tower of Dunluce Castle on stormy nights because of this incident. These are the cries of Mauve’s desolate spirit, trapped in the tower once more and regretting her lost love.

In a contrary story, the screams are said to be the cries of the kitchen servants and cooks. The controversial legend states that the servants and cooks were preparing a meal, when a storm hit the castle, destroying the castle’s kitchen and drowning them in the process. The castle is now haunted by the spirits of the deceased to this day. 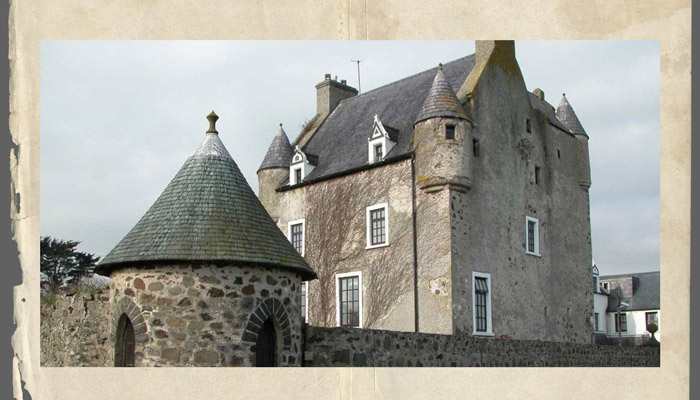 Ballygally is known to have three resident ghosts. However, the most popular is the ghost of lady Isabella Shaw, the wife of a man named James Shaw, who has been in the castle for over 400 years.

There is a tale that when Lord Shaw’s wife gave birth to his heir, he stole the baby from her and locked her in a room at the very top of the castle. Lady Isabella lost her life when she jumped from a tower window while attempting to rescue her missing child. In another version, it was the nasty Lord Shaw or one of his subjects who threw her out the window.

To this day, the ghost of Lady Isabella can be seen wandering the halls of the castle. Many visitors have felt a presence in their rooms and had other unexplainable occurrences throughout the years. The castle is said to be shrouded in a creepy green mist, and there have been several reports of strange noises coming from within it at night.

In fact, in the oldest part of Ballygally Castle, in one of the turrets, there is a ghost room named “The Spirit Room” that is devoted to this permanent ghost tenant.

The 17th-century castle located on the scenic county Antrim coast of Northern Ireland currently serves as a cosy hotel for visitors. Rooms range from £73 – £110 per night. You can learn more by visiting the official Ballygally Castle website. 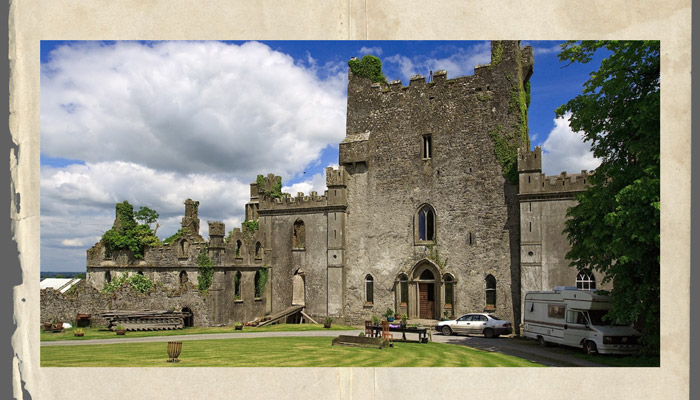 Being over 400 years old, this is the private home of the Ryan family and many eerie housemates. The chapel has seen many things, one of which is best known is the story of the Bloody Chapel, Ireland.

When the leader of the O’Carroll Clan died in 1532, a power struggle erupted among his sons, with Leap serving as a flashpoint. One of them was a priest, and as he was saying mass in the chapel one Sunday, the other burst in and shot him dead. The awful deed is the reason for the priest’s ghost roaming the corridors of the castle.

Years later, when workers rebuilt the chapel in the 19th century, they discovered a new tragedy. A secret chamber with a trap door. Three cartloads of bones were uncovered in the room when the construction crew discovered it.

Ghostly lights and horrifying noises have all been reported at the mysterious Leap Castle. In the 1970s, the castle’s new owner had a white witch drive out the ghosts. According to her, the spirits are no longer evil but they have refused to leave the castle.

The castle is a private property of the Ryan family, and you can only visit the premises upon request. To tour the castle, you can contact Sean Ryan. Phone: +353868690547. Email: seanfryan@outlook.com.

Mind you, Ireland is filled with more creepy and spooky castles. Some more castles you can read about are the Killua Castle, the Tully Castle, the Ross Castle, Castle Leslie, and Malahide Castle, among others. The list goes on.

If you have some time you can check them out. Maybe you’ll find a story that resonates with you from your search.

We hope you enjoyed reading this.