Have you ever decided to take a risk and go to the area where your family originated to track down your roots? Well, Conan O’Brien has and he even decided to film it for his television talk-show. It may not have occurred to Mr. O’Brien that his last name might make finding any true relatives much harder than he seemed to think. Or, maybe he knew it would make it that much more comical.

Although, I could not find any current statistics on the name O’Brien, I think it is fair to say there are easily thousands of O’Briens in Ireland and similarly many more around the globe. So in essence, what Mr. O’Brien was attempting to do was similar to meeting an inhabitant of a distinct area and then asking them, “oh, I know someone from there! Do you know a girl/guy named, (fill in the blank with person’s first name)?” Most of the time, we resort to looking blankly at the person asking us this question because there is just no way to know who they are talking about. 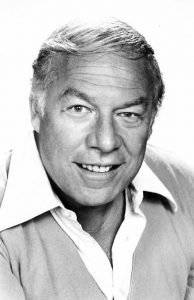 I’ve got to give him alot of credit though. How many people do you know who can just up and approach strangers from their homeland and ask,”do you know any, (enter your last name here)?” I don’t know many people who can do that and still make it look good.

Well, Conan did. Funny and varied were the responses from the locals that he encountered in Limerick. Maybe it was the fact that some seemed genuinely interested in trying to help him find his kin. It seems Ireland stays relatively true to character in the area of friendliness after all. (or at least based on this video.)

And even as he handed them photos that were obviously superimposed with his face over a different body, the people he met didn’t seem to flinch. My take: they are as serious a bunch as they are laid back in Ireland. Family means alot to them, but so does having a good time.

Perhaps his real excuse in going to Ireland was to barhop, play some guitar and drink some fresh Guinness. If that were so, I don’t think I could really blame him. Or maybe he really wanted the chance to test out his karaoke skills on Irish soil. (although, I would have recommended something other than Fastball’s, “The Way.” )

Whatever his reasons, he seemed to really fit in with not only the locals on the street and the patrons in the bars, but even with the little schoolchildren he met. He even made for a great member in a game of chase.

And just a side note in case Mr. O’Brien wanted to know, I learned that the O’Brien Clan actually means “descendant of Boru.” It also translates into high or nobleman. And their coat of arms means “strong hand from above.”

These are facts I suppose anyone can find on Irish history. However, I like Mr. O’Brien’s approach. His rendition of “Leaving  on a Jet Plane” to a group of older women holed up in a bar was at the very least worth the watch. Or maybe it was the face of George Kennedy that ended up in the Irish schoolhouse that made his search so memorable.