In-laws are the butt of many jokes, but most of us are just annoyed by a few quirks and perhaps some unwelcome advice about housekeeping or child rearing.  Few in-laws really live up (or down!) to the jokes, but one Irish wife found herself amid a trio of brothers so dysfunctional the family found itself torn apart.  The drama reached such a state that we are left with a beautiful folly, the Jealous Wall, to remind us of the dangers of gossip and suspicion.

But first, what is a folly?  A folly is an ornamental architectural structure built for no purpose other than decoration.  Well, the Jealous Wall did have another function.  It was built to block the view of one brother’s home from another brother’s home.  It is also the largest architectural folly in Ireland. 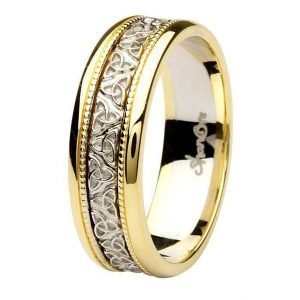 It all began when the vivacious and beautiful actress Mary Molesworth married Robert Rochfort, first earl of Belvedere in 1736.  It is something of a mystery why the outgoing Dublin actress married a man who became known as the Wicked Earl, although many believe it was Mary’s family who pressured her into accepting his proposal.  Robert’s brother George was displeased with the marriage, but his other brother Arthur and his wife Sarah took pity on Mary, who found herself quite isolated at the earl’s estate in County Westmeath.  Mary visited Arthur and Sarah often, as her husband Robert spent most of his time in Dublin and London.  He was a member of parliament.  George was quick to stir up suspicion, and told Robert that Mary was having an affair with Arthur.  The truth is unclear.  George claimed to have love letters between Arthur and Mary, and Mary apparently signed a confession in the hopes of being divorced and set free from her domineering, jealous, downright evil husband.

Robert did not divorce Mary; instead he imprisoned her in their home and forbid contact with the outside world.  George decided to build a new home, and he built it near Robert’s home.  George’s home was larger and more lavish than Robert’s, which did not sit well with Robert’s jealous nature.  Robert responded by having the ornamental wall built to block his view of his brother’s new house. 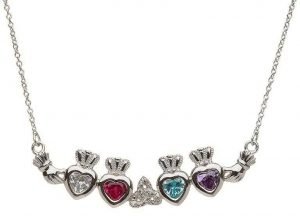 Today, the Jealous Wall still stands along with Belvedere House and Gardens on the shores of Lough Ennell, just outside the town of Mullingar in County Westmeath.  It is a popular spot for both locals and visitors, who can stroll the wooded grounds, tour the house itself and of course, admire the famous Jealous Wall.  The lake is home to many swans, and the estate now boasts two playgrounds – something that would no doubt please Mary, who doted on her four children.  Belvedere and its Jealous Wall are remembered as a monument to a tragically miserable marriage, but ironically the estate is now also beloved as a spot for romantic walks and picnics as well as family outings.