Anyone who has ever been remotely involved in planning a wedding can attest to the stress involved these days.  The happy couple can get quite tense worrying about all those details. What if the cake is decorated wrong?  What if the invitations have a typo?  What if the flowers get wilted?  What if Uncle Shay gets plastered and starts insulting one of the new in-laws?  What if the band forgets their instructions not to play that song that reminds half the guests of the groom’s ex-girlfriend?

Okay, some of those things actually qualify as disasters, but they are not epic.  Whatever happens on the big day is highly unlikely to go down in history as Ireland’s most epic wedding disaster.  That title was snapped up a long, long time ago, and it is a good reminder to couples today to make sure they are not rushing into things and that they really know each other well.  It’s also a reminder to make sure the best man (or the maid of honor) is not too much more attractive than the groom (or the bride). 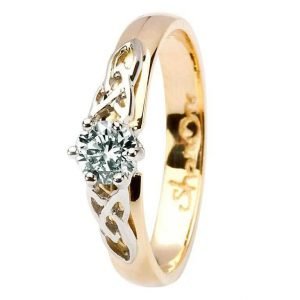 The Pursuit of Diarmuid and Grainne is a famous legend from the Fenian Cycle of Irish mythology.  Often viewed as a romance, it can also be seen as a cautionary tale for the recently or about to be engaged.

Grainne was gorgeous, absolutely stunning, a real princess, and all of the men fell for her.  She had no end of marriage proposals from chieftains and princes.  Some friends of one of her admirers, an older, wealthy man on the rebound after his first wife’s death, talked her into giving him a chance.  Perhaps her desire to have her dream wedding got the better of her, but for whatever reason, she agreed to marry him.  But Grainne had not done her homework.  At her engagement party, she saw his best man and fell head over heels in love with him.  Now, some might put this down to a case of cold feet, but Grainne made another mistake.  Instead of letting her bridesmaids try to talk some sense into her or even giving herself some time to think, she said nothing to anyone and instead slipped a potion into the punch, knocking out everyone except Diarmuid the dazzling best man. 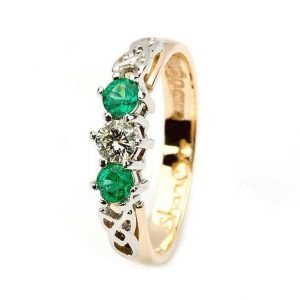 Diarmuid was a decent enough bloke and a good friend, but Grainne was as ruthless and determined as a modern bridezilla in search of the perfect cake topper.  She was irresistible.  Maybe it was pheromones.   At any rate, Diarmuid agreed to run away with her, and they fled before the engagement party guests, including the fiancé Fionn Mac Cool, recovered from the spiked punch.

They did not, however, live happily ever after.  Irate engagement party guests who had already given Grainne and Fionn presents were the least of their problems.  Like any couple who fails to really get to know each other before fleeing a jilted ex, they had some communication problems.  And Grainne had some pretty high expectations for Diarmuid.  She was quick to let him know about them, too.  In the end, Diarmuid was killed by a boar, which most people would admit is even worse than being bored to death by Uncle Shay.