A generation ago, archaeologists discovered a complex of structures in a figure eight shap

e in County Armagh, Northern Ireland. The complex series of buildings dates back to the Iron Age, and researchers determined that a timber structure there was built around the year 95 BC. The find was breath-taking, a once-in-a-lifetime experience. Experts heralded Fort Navan as one of the most significant sites of its type and age in Europe. Local lore claimed the site was the residence of the Kings of Ulster. What those archaeologists found was only the tip of the iceberg.

Recently, researchers from Queens University Belfast used new, non-invasive technology to explore the site. What they found is astonishing. They believed the site had been abandoned in prehistoric times, but new evidence shows it was a hub of activity into the second millennium AD. Researchers now think it was not merely royal residences, but a series of massive temples and arenas used for rituals. One enclosure containing two Iron Age figure eight buildings measured 450 feet across and covered an entire hilltop. What exactly happened there remains a mystery. We can speculate, but we don’t have authoritative surviving records. What we do have are legends. 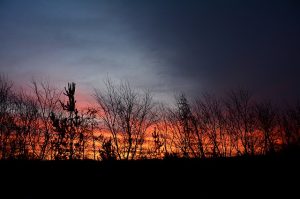 Emain Macha is the ancient name for Fort Navan. It means ‘the twins of Macha’. But before it gained that name, the kings of Ulster and the Red Branch Knights called it home. When Conor MacNessa was king of Ulster, he held a magnificent feast. Crunniuc and his young wife were guests. Crunniuc, a widower who had remarried, was also a braggart. Over the evening, he boasted about his amazing young wife and how swiftly she could run. Unbeknownst to Crunniuc, his wife was not an ordinary woman. She was the goddess Macha. 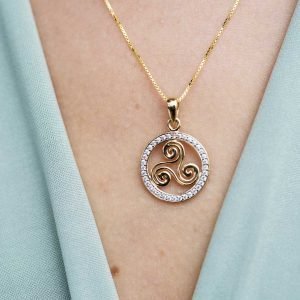 To put an end to Crunniuc’s bragging, the king announced a competition. Macha, he declared, must race his horses. But Macha, heavily pregnant, pleaded with the king that the race could kill a woman in her condition. Conor insisted, and said Crunniuc would be killed if she did not race. Macha wanted to save her husband’s life, so she agreed to run the race. Servants gathered the horses. 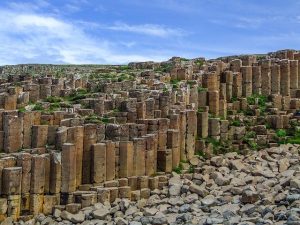 Macha loved Crunniuc, and she ran with tremendous speed. She outpaced the horses and astonished the audience. Conor was furious. But terror immediately replaced Crunniuc’s pride when Macha collapsed just after she passed the finish line. She gave birth to twins, and as she drew her last breaths she blessed and cursed Ulster. She blessed the men with incredible strength – and she cursed them that at their hour of need, this strength would disappear and they would be as vulnerable as a woman in childbirth. 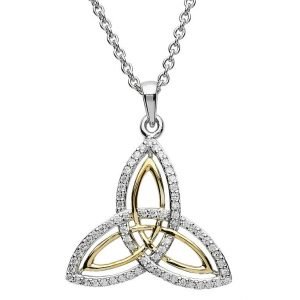 For now, the structures at Fort Navan will remain as they are – hidden under mounds of earth. It would be very expensive to excavate them. But we can turn to the stories of ancient times, the legends of Macha and Cu Chulain, to imagine what these fascinating structures were like and how people used them. 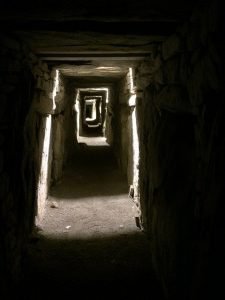