Love is in the Éire around Valentine’s Day. And there is no better way to celebrate the holiday than sharing it with your loved ones and some Irish traditions.

Various romantic customs give a touch of Irish character to Valentine’s Day celebrations around the Emerald Isle. Many Irish couples, for example, include the Claddagh custom in their gift-giving.

Whether you’re a singleton or seeking new ways to commemorate your love, these Valentine’s Day romantic Irish traditions are likely to pique your interest. But first, let’s get a brief story of the legend of Saint Valentine to discover why Ireland is such a romantic country.

The Legend of Saint Valentine 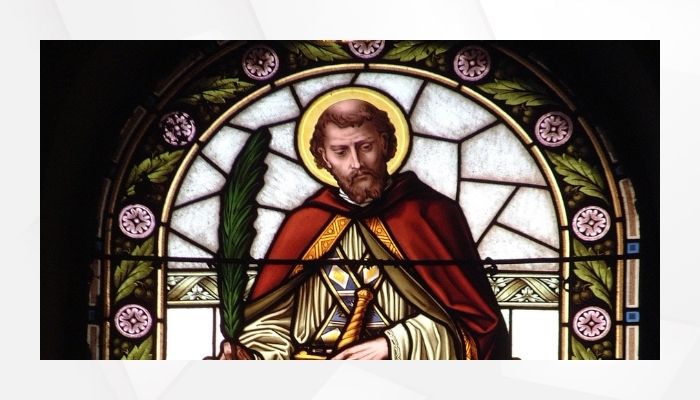 According to the first and most frequently accepted narrative, St. Valentine was a priest in Rome in the third century. When Emperor Claudius II abolished marriage because it was too distracting for his soldiers, Valentine secretly started to marry courting couples.

According to a second myth, Valentine was the first to send a love letter signed “From your Valentine,” thereby starting a tradition that would define romance for years.

Although several tales of Saint Valentine exist, certain elements emerge, such as his unwavering conviction in love, empathy, and passion.

The Peculiar Case of Valentine’s Day 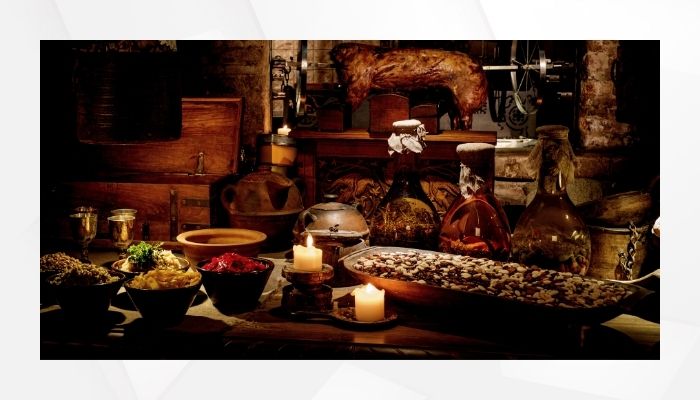 Many contradictory beliefs surround the tale of Valentine’s Day. While some believe the date commemorates the death of Saint Valentine, others believe the Christian Church instituted the holiday to replace the pagan Lupercalia festival.

Lupercalia is a fertility festival that marks the start of Spring, formerly held on February 15th. It consisted of different ceremonies dedicated to Rome’s founders (Romulus and Remus) and the Roman God of Agriculture (Faunus).

On February 14th, about 498 A.D., Pope Gelasius ordered the day to be known as Valentine’s Day, overriding the Church’s earlier pagan ceremonies. Since then, we’ve been formally celebrating Valentine’s Day. 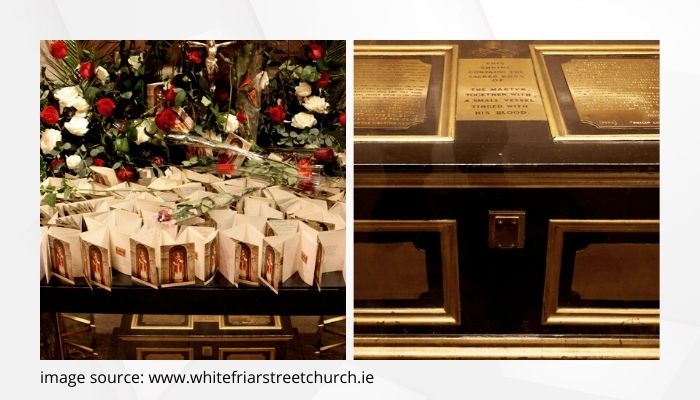 Ireland, interestingly, has a one-of-a-kind relationship with Saint Valentine. Father John Spratt, an eminent Irish priest, delivered a sermon in Rome in 1836 that drew widespread acclaim and respect from the Christian community.

People showered him with gifts of gratitude, the most significant of which came from none other than Pope Gregory XVI himself. The present was a relic of Saint Valentine and a letter asserting the relic’s genuine provenance.

He received these priceless holy treasures in Dublin City’s Carmelite Church at Whitefriar Street (formerly known as Aungier Street), where they remain today.

The shrine, which houses Saint Valentine’s relics, is open to the public. It permanently links Ireland with the patron saint of love and the holiday celebrated by many.

Valentine’s Day and Ireland remain a perfect combination. Over the years, Irish people developed fascinating customs to celebrate the day. From love poems to women proposing to their partners, it is a day filled with romance. 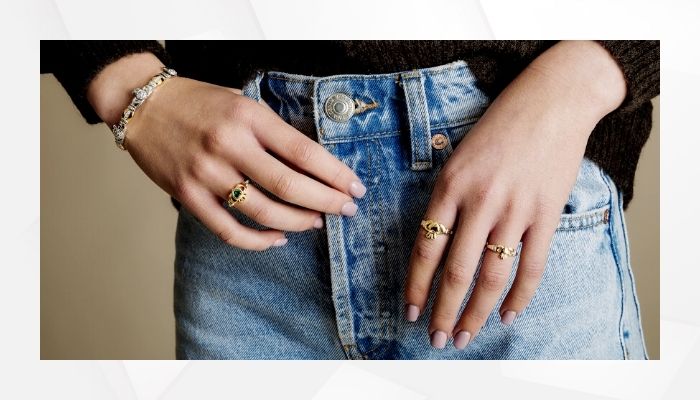 The Claddagh legend began in Galway, where Richard Joyce, an Irish fisherman, was born. He had the misfortune of being kidnapped at sea and sold into slavery, leaving behind Margaret, the love of his life. While forced to work for a Moorish jeweler in Algiers, Joyce learned to manufacture gorgeous items out of the most precious metals.

Joyce never forgot his true love and used his new skills to make a beautiful ring in the hope of gifting it to Margaret upon his freedom. The design consisted of two hands holding a crowned heart. The heart represents love, the two hands friendship, and the crown loyalty.

Joyce eventually got freed from slavery. Upon his return to Galway, the fisherman was greeted with joy by Margareth, who had waited for his return. He presented her with the ring he had created, and since then, it has been the Irish symbol of love.

2. The Legend of Diarmuid and Grainne 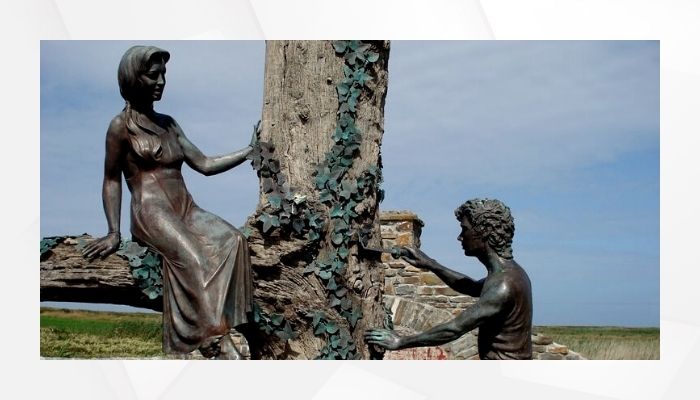 Grainne, daughter of Ireland’s High King, Cormac MacAir, was Ireland’s most beautiful woman. Such was her beauty that Grainne got courted by Ireland’s most eligible Princes and Chieftains. One of these men was an aging chief named Fionn MacCool, who desired her as his second bride.

Fionn McCool proposed to Grainne, she accepted, and they planned a celebration to commemorate their engagement. However, during the engagement party, Grainne met and fell in love with Diarmuid, one of Fionn’s bravest warriors. It was love at first sight!

“Willing to go to any extent to get her man, Grainne cast a spell on him”

Taken by desire and in an attempt to get Diarmuid for herself, Grainne drugged the entire gathering. While everybody was fast asleep, Grainne declared her love to Diarmuid. He backed off because of his loyalty to Fionn. Willing to go to any extent to get her man, Grainne cast a spell on him, and he fell in love with her.

Fionn and his soldiers were hot on their tails as they fled together, and they ran all over Ireland. Years into their scurry, Grainne became pregnant, and fate caught up with them. The couple was out in a bush in Benbulben in Co. Sligo and got attacked by a gigantic boar. 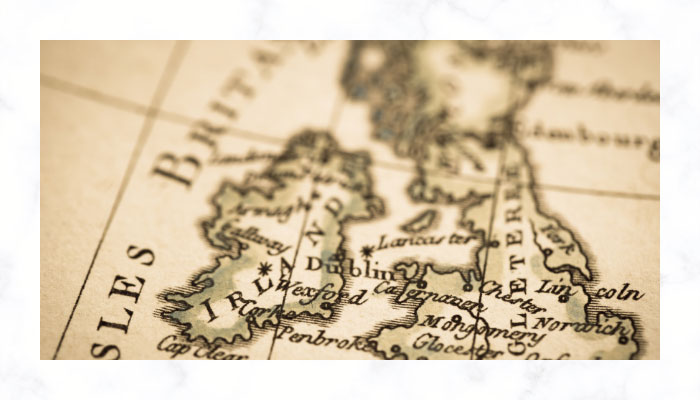 The legend says a boar was the only creature that could harm Diarmuid. Therefore, they knew that was not a favorable situation. As the beast attacked the couple, the warrior fought it to death, protecting his pregnant lover.

During the encounter, Diarmuid suffered fatal wounds. For Grainne, as an attempt to save her lover’s life, there was no other option than to implore mercy from Fionn MacCool. The chief, however, spent too long dueling over the betrayal he’d suffered, and when he decided to help, Diarmuid had already passed. 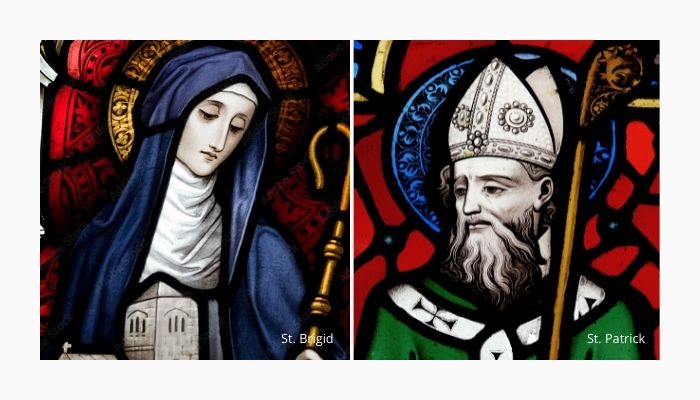 A wedding day marks one of the most important days of our lives. So naturally, wedding planning and walking down the aisle is the dream of almost every girl. However, the wait for a proposal can be daunting. But that is not a problem for Irish women, at least not once every four years.

The Leap Year tradition is one of the most famous romantic Irish traditions, so it became a theme for rom-coms. According to legend, St. Patrick and St. Brigid agreed long ago to Irish brides to propose to their reluctant beaux on February 29th in a leap year.

Since then, Irish ladies can use the date to get down on one knee, offer the wedding ring, and pop the question. Will you marry me? Whatever the tradition’s uncertain origins, it’s simply another example of Ireland’s peculiar romantic customs. 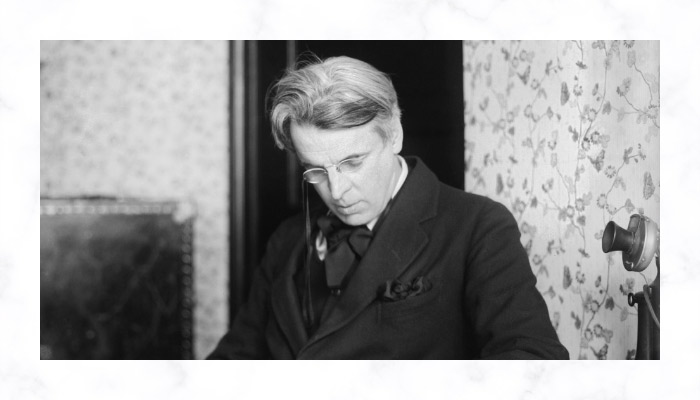 Ireland has the most expressive poets in history. W.B. Yeats, Oscar Wild, Seamus Heaney, just to name a few, are some of the greatest Irish poets to bless the earth.

Irish Literature is abundant in beautiful love poems and phrases. “When You Are Old” by W.B. Yeats is one of the most popular, as such that we thought it was worth a quote:

“When you are old and gray and full of sleep
And nodding by the fire, take down this book,
And slowly read, and dream of the soft look
Your eyes had once, and of their shadows deep” 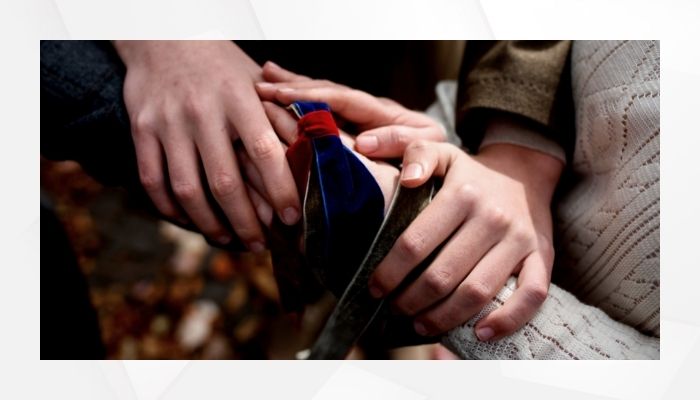 People nowadays choose to exchange wedding rings during ceremonies. But in ancient Celtic traditions, there were several means of promising to love and honor your new spouse before you tie the knot.

Handfasting entailed the pair clasping hands and tying them together with a ribbon or rope. Handfasting tradition in Ireland is resurfacing and becoming more frequent in wedding ceremonies.

When a renowned Limerick surgeon discovered the healing effects of its mineral waters, Lisdoonvarna, Co Clare, became a tourist destination more than a century ago. Bathing in (and drinking) the mineral waters drew visitors from all walks of life.

With the harvest safely in hand, bachelor farmers rushed to Lisdoonvarna in search of a wife in September. This event, now known as the “Matchmaking Festival,” has grown in popularity to the point where it nowadays spans five weekends!

The Matchmaking Festival is one of the world’s greatest matchmaking events. It draws nearly 40,000 love hopefuls to the town for over 150 years. Willie Daly, a fourth-generation matchmaker, is currently running the show.

Although there are no truly original Valentine’s Day celebrations or customs in Ireland, most romantic traditions are innately Irish. After reading this, if you think chocolates, red roses, or any of the standard Valentine’s gifts are too simple, try something Irish this year, and make your Valentine’s Day as extra special.
Slán go fóill