For Irish descendants living outside of the republic, there exists an opportunity to get a dose of fresh, Irish culture without having to go very far.

The city of Chicago has a unique Irish Heritage Center which was once an elementary school.

It’s conversion into a base for Irish culture has helped it to take on an entirely different look of it’s own.

Take a look at this video below where Conan decided to visit the Irish Heritage Center in Chicago. 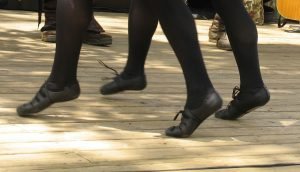 Timing wise, I found viewing this excerpt quite ironic. I had just written about how people portray Irish people and often unfairly at that. One of the common stereotypes of Irish people is there desire to drink often. Conan O’Brien visited this center to give us a look inside. Low and behold, the center had many bars. The number was even more interesting considering it’s size. The old school that was multiple floors had a watering hole on nearly every floor. Additionally, the venue had a portable bar giving the impression that perhaps having these things nearby is much more ingrained into the culture than what we might have originally thought. Nevertheless, Conan did his usual part in imparting humor and delight when investigating the nuances of Irish culture. And he did this in such a way that it was hard to contain laughter.

Meet Maureen. She is the lovely, red- 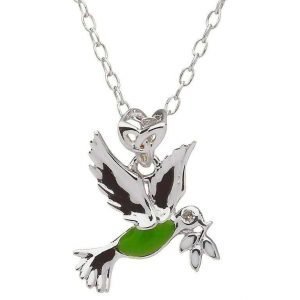 haired lady who offers Conan a tour of the center. I realized I’m 0-2 since this brief segment has proved two of the stereotypes are quite alive and well. Maureen looks like what most of us would expect a traditional, Irish person to look like and the arena offers things that we’ve come to expect as well. Now, is the time where I just had to chuckle. Maybe these factoids aren’t obvious everywhere, but certainly at this location they were.

Conan perused the large selection of Taytos and soon enough, he was introduced to an Irish dance group. The young dancers did an excellent job keeping control of their bodies while showing off great talent. Sadly, Conan accidently kicked one of them in the face while just breaking into his routine. She had quite a good attitude about it though and Conan made a humble apology.

Perhaps, in a case like this, it would be a good idea to give a young, Irish dancer a lovely gift like this silver, Celtic trinity diamond bird pendant.  The sterling silver piece offers a hopeful message of peace with a dove and olive branch.