Home > Blog > Irish Culture > Was He Ireland’s Most Outrageous Playwright?

Ireland has a long history of producing writers who are ahead of their time.  Our greatest and most beloved writers were often furiously rejected when their works first appeared.

James Joyce is one high profile example of writers Irish society initially scorned but now celebrates.  Another is John Millington Synge, who was born on April 16th 1871.  His plays were hated initially, the woman he loved refused his marriage proposal and his life was cut short by illness.  But today, he is viewed as a leading figure in the Irish literary renaissance.   Luckily for theater lovers, one Irishman saw the value of his talent and inspired the direction his short career took.  Next time you catch one of Synge’s plays being performed, you can thank William Butler Yeats. 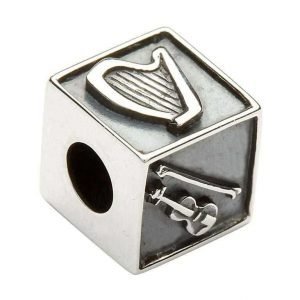 Born in Rathfarnham, a suburb on the south side of Dublin City, Synge was the youngest child in a large, affluent Protestant family.  His life started well, but soon veered toward tragedy when his father died just a year after his birth.  He was a bright child, but illness interfered with his school attendance so his mother hired a private tutor for him.  As a younger, Synge used to eavesdrop on the servants, which provided inspiration for his later works. Synge earned a degree from Trinity College, Dublin, and he showed such talent as a musician that the Royal Irish Academy of Music offered him a scholarship.  He went on to study music in Germany, but suffered too much from anxiety to perform.  He had begun to write as a student, and he then went on to the Sorbonne in Paris to study literature and language.

Synge’s love of nature led him to the work of Charles Darwin, and he became increasingly skeptical about religion, to the distress and dismay of his very devout mother.  He continued to visit Ireland, and he also fell in love with a woman from a family similar to his own – very religious Protestants.  Synge proposed in 1896, but she turned him down because of his lack of religious faith.  It was just as well – his life was to take an exciting new turn at the end of that same year.  Had she accepted his proposal, we might not be enjoying his works today.

Back at the Sorbonne, Synge met William Butler Yeats.  It was Yeats who suggested that he move to the Aran Islands.  Yeats encouraged the young writer to give voice to the islands, to study the people and culture and create literature to express what he saw and learned.  Synge wisely followed the advice and began visiting the islands and other parts of the west of Ireland regularly – despite the fact that he was suffering with ill health.  This, remember, was long before the Aran Islands became popular with tourists.  No doubt Synge is due a great deal of credit for their popularity today.

His first play was In the Shadow of the Glen in 1903.  Yeats and Lady Gregory liked it enough to make it the first performance of their new company – the Irish National Theatre Society.  Audiences did not share their enthusiasm for it because it dealt with adultery and it got harsh reviews.  That was nothing compared to the reaction Playboy of the Western World got when it debuted in 1907 at the Abbey Theatre in Dublin.  The comedy about patricide angered the audience so much that they rioted in the theatre.  Not in a good way.  But despite ill health and the hostility to his work, Synge carried on.  He became engaged to an actress later that year, and had surgery to remove a tumor in his neck.  Tragically, he died in 1909 – long before the public appreciated his works as much as the literary world did in his life.