The Druids were a well-established group in Ireland. Were their ways so  easy to navigate though?

The Druids were a group of educated people who lived in Ireland and Great Britain dating back for thousands of years. As part of their namesake, they had various roles within society. In ancient times, the name of a druid was strictly reserved for a person with some sort of notability. For example, these people were commonly the priests, educators or physicians for the people. They firmly believed in the classical writings from great philosophers and even used these examples to create their dogma. It could be said that many well-known philosophers created the beliefs of the Druids since their writings and theories supplied them with their core beliefs. But were Druids religious or were they philosophers?

The answer to that is that maybe they were both. Although the Druids did not have formal establishments of many modern day religions, like a church or sacraments, they did have rituals.

They also formulated their values on life and spirits in a very existential way. It was their faith that every person on the planet was interconnected to one another. In other words, they did not see people as having a hierarchy in the grand scheme, but ironically, they were established as the highest order for a person to ascend to in society. This is also contradictory since their status as educated people in their communities basically rendered lower educated people as obsolete. 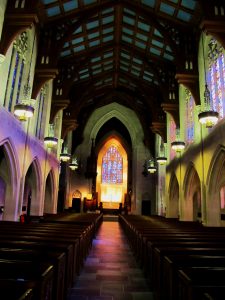 It would seem that if the Druids truly believed in the group dynamic then it would have seen Druids established across all classes and abilities. Perhaps, they held a belief that only they themselves were entrusted with the lessons needed to covey to others and maybe this is why the Druids were picked form the highest achievers.

One of their most profound and intensely held beliefs was that man would be continuously reincarnated. Maybe they thought that once they served as the most supreme force for others that they would move to the otherworld as a complete person. And maybe a goal of theirs was to help all people get to that point by way of their virtues.