Facts, a group in Ireland, has decided that it is not only comical to watch Americans and tourists perfect the Irish culture or language. In a great step, they have made several videos asking some decent, Irish folks to try out what seem like simple, American products. Sounds simple enough doesn’t it? Well, once you get a look at the experiment, it is relatively easy to see that the native subjects interpret soda much differently than Americans do. 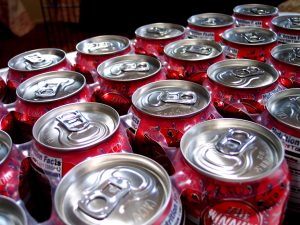 Starting off with a can of Texas-created bubbly, the volunteers are given an opportunity to try vanilla float-flavored Dr. Pepper. One female participant assumed that the ice cream was inside the can. I couldn’t help but laugh as she seemed to think the description meant that what you get is what you see in U.S. advertising.

I have come to understand that in the U.S., if something is labeled as a particular flavor, that means it is probably filtrated with some sort of artificial additive(s). Why do you think so many of us read labels and make a big stink over the FDA and how food is labeled? Speaking of, many of our Irish counterparts do the same thing.

I was happy to see the health-consciousness of this Irish group. It seemed the mere mention of some elements that are common to most U.S. soft drinks was enough to cause a frown. I mention things like dyes and high fructose corn syrup here. One reference was made about Tab and that it was really just abysmally-flavored coke. I cannot say I totally disagree with that opinion. Tab was even referred to as a “collection of runoff from the storehouse floor”by one guest. Was this indeed adequate to show that some drinks just did not deliver to our Irish fellows? You bet it was.

Considering the popularity of grape and cola-flavored sodas amongst American consumers, it was ironic how nearly all the Irish volunteers disliked their flavors. In fact, half of Americans drink some sort of soda every, single day. That is despite the warnings by health professionals and even despite our better judgments.

Maybe the U.S. has much to learn in the area of marketing a drink that is well-received, good-tasting, nutritious and attractive to look at. I think the participants considered all of these things when trying out the drinks they were served. They were quite right to see some definite room for improvement and offered honest tidbits. And they did so in a very funny way!