Home > Blog > Irish Culture > What De Valera Did in America

Eamonn de Valera was an American citizen.  He was born in New York City in 1882.  His mother was from County Limerick, and his father was Spanish Basque.  He was sent to Ireland when he only two, however, as his father became ill and died.  The future leader of the Republic was raised by relatives in Limerick while his mother remained in the US, remarried and raised his siblings.  He went on to become a teacher and to pick up the nickname Dev before becoming involved in revolutionary politics.

Dev spent 18 months in the United States in 1919 and 1920 when he was president of Dáil Éireann.  Because he was not posting photos of his dinners or checking in to places he visited on Facebook, questions linger about exactly what he was doing on this trip.  It was not a vacation or a trip to see the folks back home in New York; that much we know.

His official purposes were threefold – to lobby the USA to recognize the Irish Free State, to gain the support of the American people for the newly independent nation and to raise money.  Despite failing in the first and doing rather poorly in the second, Dev did raise nearly six million dollars – a fairly gobsmacking sum at the time.

What Seeds Did Dev Plant in the USA?

Clearly, he must have made a good impression on enough of the right people to have raised that much money, but apparently his personal charm was not much a factor in his success.  Dev was a school teacher before he was a revolutionary and politician, and according to one of his travelling companions, he tended to address other adults as if lecturing instead of conversing.  He also had a tendency to go off on tangents without much regard for the interest of his audience.  In short, you might try to avoid being seated next to him at a dinner party.

Eamonn de Valera did accomplish one thing that he might not have even thought about on his tour of the USA.  He established a precedent.  Since the founding of the Irish state, there has been quite a lot of lobbying back and forth to influence each other’s internal politics. 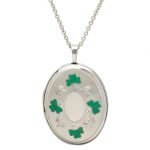 Irish-Americans have long been a force in electoral politics.  American political candidates are aware they need to consider the Irish-American vote.  Irish politicians today lobby on behalf of Irish immigrants to the US who lack legal approval.  The United States played a major role in the peace negotiations in the North.  And Irish politicians have been on many fundraising trips since Dev’s visit.  Sinn Fein has sent people on speaking and fundraising tours around the US for decades.  And of course, every year the Taoiseach of Ireland brings the president of the United States a bowl of shamrock at St. Patrick’s Day, a day when there are probably more Irish politicians in the USA than in Ireland.