Across Ireland and the United States, there is much discussion of marriage, equal marriage and traditional marriage.  But these discussions often lack a historic dimension. Marriage in Ireland has changed and evolved greatly over the ages. Marriage in Brehon times was quite unlike marriage now, although some aspects of a wedding in Brehon times are making a comeback. 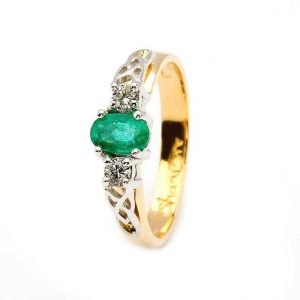 Handfasting is an ancient wedding tradition where the hands of the two partners were bound together to symbolize their commitment.  Many believe this where the phrase ‘tying the knot’ orginates.  As more couples seek weddings outside of mainstream churches, handfasting is becoming popular.  For some, it is a way to make their Celtic heritage part of their ceremony without involving a church.  The differences between marriage today and in the Brehon law times go much further than the actual ceremony, however. 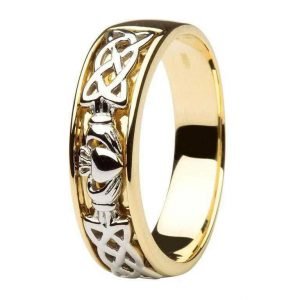 Our ancestors married partners of their choice for love, for wealth, for social position or any of the reasons people today decide to marry.  Sometimes the marriage would be for a set period of time, often a year, at which time the partners could recommit to each other or go their separate ways.  Despite this, the husband to be did have to pay the bride’s father. Woman did, however, hold an equal position in marriage.  A man who refused to provide for his pregnant wife’s cravings when he could reasonably do so would be subject to a fine.  Either party could initiate the end of a marriage for pretty much any reason, and when a marriage ended, both parties took with them what they brought into it and split their jointly accumulated wealth according to their individual productivity.  And they were free to marry again, and again, and again… they could (and did) even re-marry each other.

Brehon law was very specific on the property rights of both partners in a marriage as well as any children born to the couple.  Yet it was also flexible in that it recognized that not all marriages are for life, and there is no evidence to suggest this that society showed any judgement or contempt when a marriage ended.  (But of course, it is hard to believe there wasn’t some busybody in every village looking to gossip and stir the pot…)

Marriage has evolved greatly along with society, and people hold a wide range of views on it.  But there is one thing nearly everyone appreciates – the beauty of joyful wedding ceremony between a relative or friend and his or her beloved.  Today couples can add a touch of Irish tradition to any kind of wedding – religious or civil, massive or intimate – through handfasting and Irish wedding rings such as the Claddagh or rings with a Celtic design.  Receptions can also include Irish themes in everything from the flowers used to decorate to the dishes served.  Whatever the couple’s beliefs, their wedding day will be one of the most important in their lives.