Everyone is Irish on St. Patrick’s Day, or at least welcome to be Irish for the day. But what about the rest of the year? In a mobile and global society with people leaving and arriving on these shores, who is Irish and why? 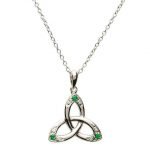 Every March, school children across the USA seek out green clothes to wear on St. Patrick’s Day for fear of being pinched. At Paddy’s Day events in North America, you will see people of every description wearing shamrocks, Claddagh rings and other Irish symbols. Green beers are raised by drinkers of every hue. The Irish have dispersed around the globe, and everywhere we’ve gone we’ve shared our culture and invited others to participate and be Irish for a day on March 17th.

It hasn’t always been mutual. The Irish are now an empowered, celebrated and entirely ordinary part of American and Canadian society. But many still living can remember the signs once displayed – ‘No Irish Need Apply’ – and the general attitude. When this writer’s father arrived in New York City in 1959, he was once served a single beer at a bar, told the Irish were not welcome there and given directions to the nearest Irish pub. If that bar still exists, it is mostly likely decorating for St. Patrick’s Day right now. Things change.

What Does It Mean to Be Irish?

For centuries, pretty much the only people arriving on our shores were the Vikings and the British. Eventually, medical students began to come to study and train here, and they came from countries throughout Asia and Africa. But it was a very small number of people. At the turn of the century, with the Celtic Tiger pouncing about, people began arriving here in larger numbers, this writer among them. They came for opportunities, for adventure, for safety from repressive regimes, for survival in the face of a famine at home. They came because really, people have moved around the globe since the dawn of time and because Ireland is a wonderful place to live. 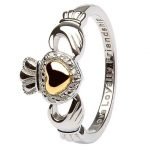 This has created a situation where someone in Australia who has never been to Ireland but who has a great grandparent or two from Ireland, a Claddagh ring and a surname such as O’Brien or Murphy is accepted as Irish year round but someone who was born and raised in Ireland with a surname such as Okonkwo or Jafari might have their Irishness debated regularly.

Some here have forgotten about when it was their own aunts and uncles venturing out to join new cultures and being met with hostility and suspicion. We’re quick to brag about how much the Irish have contributed to other cultures, and we have no need to fear what newcomers here will contribute to Irish life and culture.

We all have different ways of being Irish. Grandpa might remember the milk delivered around Dublin by horse-drawn cart and be a bit obsessive about proper tea, while his granddaughter might be Conor McGregor’s biggest fan and love her trinity knot pendant. Dad might be ever on the lookout for a chance to play hurling, while mom might have a library of Irish literature that spans from the Táin Bó Cúailnge to Emma Donoghue. 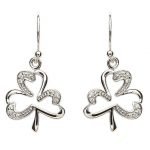 Whether your people fled the Great Hunger or you are the first generation of your family born here, you can celebrate being Irish on Paddy’s Day and every other day of the year. There’s no shortage of Irishness and no shortage of ways to be Irish. Not to mention that St. Patrick himself was not Irish by birth.