In 1893, 27.5 million people gathered together for Chicago’s World’s Fair. It was one of the largest gatherings to have ever occurred on the planet. Let that sink in for a sec. It was also a first for many things, including mirroring back to its attendees, through what was built,

invented and even killed (yes, a little dark), not just the identity of the city of Chicago but the entire US

As far as weddings go, recently we’ve seen something along these lines of spectacle in the wedding of Napster co-inventor and founding-president of Facebook, Sean Parker (here’s a stunning slideshow). He reportedly spent 10 million dollars, hired the same person who won an Academy Award for costuming on the Lord of the Rings to design the dress for everyone involved and chose as location one of the most exotic places on earth, the redwood forest of Big Sur.

Media coverage of the event, unfortunately, has been surprisingly vitriolic, culminating in an incredibly thoughtful and well-argued 10,000-word rebuttal from the groom, himself. Through this wedding, like with the Chicago World’s Fair, a mirror of ourselves reflects back at us. Perhaps what is most significantly seen is that Parker and his wife chose as their theme something that’s more than loosely based on the likes of Lord of the Rings.

“A slightly embarrassing confession is in order: My wife and I are huge nerds. And as the press has speculated, we threw something of a big fat nerd wedding. Alexandra and I have always been fantasy buffs, in particular devotees of “high fantasy.” We both devoured books in the genre growing up and we both reserved a special place in our hearts for Tolkien, seeing as how fantasy, or as Tolkien puts it “fairy stories,” could be a device for exploring big archetypal human themes with a strong moral compass. Good and evil. Power and responsibility. Death and immortality. As a young girl, Alexandra was a member of a fantasy writing society. She’s loathe to admit it, but she even celebrated a few recent birthdays at Medieval Times.”

While Tolkien denied, sometimes angrily, any connection between Celtic mythology and LOTR, there’s enough evidence to warrant much mention in an “Influences” Wikipedia page devoted to him. Harold Bloom made a compelling case for Celtic influence in his book, J.R.R. Tolkien (Modern Critical Views). Right or not, many people are reminded of the Celtic myths when reading and watching the Lord of the Rings. The same can be said for Game of Thrones (GoT). 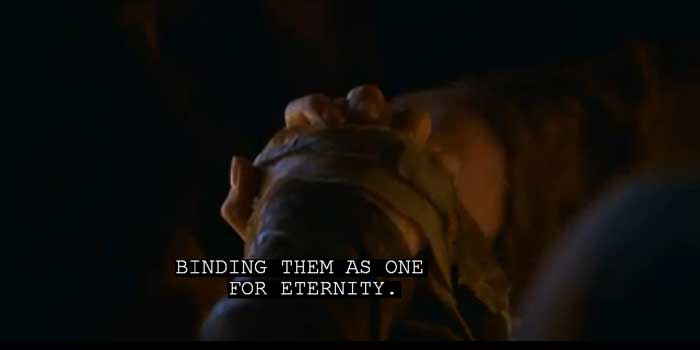 Much has been written about episode 9, Season 3, The Rains of Castamere. The popular culture went into shock would be more accurate as they howled on about the “red wedding.” CNN, picking up an Entertainment Weekly interview they did with George RR Martin—the “American Tolkien”—even covered this mass event including “millions” of fans “feeling sadness, outrage, and, sure, some perverse excitement” after watching the episode. What hasn’t gotten much coverage are the other weddings in the series. Literally, we get to see re-enacted the original handfasting ceremony that is undisputedly Celtic.

In an interview on Boston WBUR’s “On Point” for a show entitled, “A New Age of Reformation,” host Tom Ashbrook interviews church historian Diana Butler Bass on the perilous situation of organized religion:

Diana Butler Bass: Well, I love that statistic because there’s a way in which, yes, we are taking a very mystical or experiential turn in religion. The statistics all bear that out. One of the ways that institutions have failed is that— Several weeks ago I was talking to a friend of mine who’s a Presbyterian, and she’s one of these people who’s had a powerful, mystical experience of God, and she’s afraid to tell anybody in her church! And so, I said, ‘Why?’ And she said, ‘Well, they’re gonna think I’m crazy!’ And so, what has been the case in much or organized American religion is that there’s been a real resistance to experiential or mystical styles of faith. Well, that’s for Pentecostals, people say. But now, there’s a real sense in which everybody is at least walking towards territory that the Pentecostals have sort of long held, and that is this realm of experience and connection and encountering God in direct and immediate ways. Unmediated experience of God without an institution telling you how you’re supposed to interpret it or how you’re supposed to encounter God. That is very frightening to people who have a lot invested in institutional religion.

Could this help explain why LOTR and GoT are so popular right now? And why one of the world’s richest couples, on one of the most important days of their lives, chose to celebrate and relish such a theme?

There are a lot of indicators of “Irish” weddings. The Seige of Ennis making an appearance, for instance, usually means you’re at an Irish wedding.

Or later on in the evening when the DJ queues up a little “Maniac 2000.”

Perhaps the takeaway for all this, however, is a reminder of how the Celtic traditions are more alive and prevalent than we might realize. And this trend doesn’t seem to be letting up. What does it all mean? 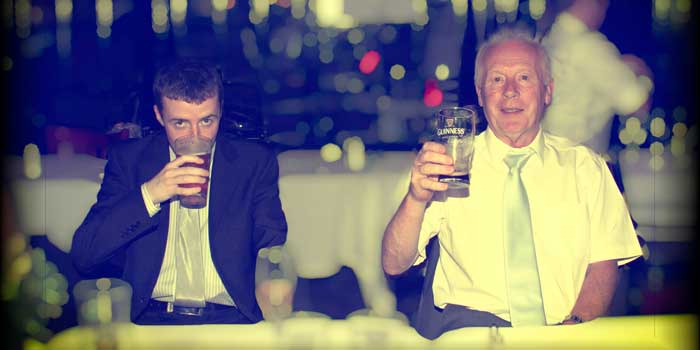 Please contribute to the conversation. How Irish was your wedding? Did you literally tie the knot when you tied the knot? If you haven’t yet, do you have plans that include Celtic traditions?