Mother’s Day in North America is just around the corner. The mothers of Canada and the USA will have their day on Sunday, May 10.

The present is so strange and uncertain, it is a good time to look back and take some comfort from reminders of how strong people are. 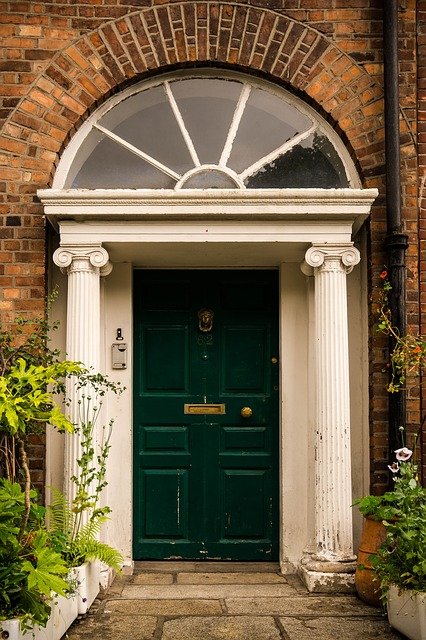 Back on April 24th, 1916, women in Ireland stepped up alongside men to strike a blow for the nation’s freedom. They were not only behind the scenes. In the 1916 Easter Rising, women fought in battles throughout Dublin.

Maybe this Mothers’ Day, along with the flowers, jewelry or whatever gift you have planned, you can share these heroines with your mom. Do any of them remind you of her?

Dr. Lynn was a captain in the Irish Citizen Army, and she took command of the troops at City Hall when Sean Connolly was killed. One of the first female doctors in Ireland, she served as the Chief Medical Officer of the rebellion and gave many troops basic medical training. She also used her car to run guns for the troops and stored weapons in her own home. After the Rising, she founded St. Ultan’s Hospital for Infants with Madeleine ffrench-Mullen, who was a lieutenant in the ICA and staffed a first-aid station during the conflict. Lynn was also active in the suffragist and labor movements.

One of the most famous and intriguing figures of the Easter Rising, Markiewicz was a lieutenant in the Irish Citizen Army. She served as co-commander in St. Stephen’s Green and become well known for her fondness for her firearms, exhorting other women to stash away their jewelry and finery and get familiar with guns and sturdy boots. A passionate advocate for the poor, Markiewicz was spared the death penalty for her role in the Rising because of her sex. She went on to become the first Irish woman elected to parliament in the UK but did not take her seat because she would not swear an oath to the British crown.

A courageous nurse midwife, O’Farrell served at the frontlines. Like nurses today, she put herself in harm’s way to try to defend others. She was in the GPO for the Rising, with James Connolly. Julia Grennan, another nurse and close companion of O’Farrell, was also there. The two women share a grave in Dublin’s Glasnevin Cemetery.  With nerves of steel, O’Farrell stepped out into the battlefield to deliver messages between Connolly and the British to negotiate the rebels’ surrender. O’Farrell was a member of both the Irish Citizen Army and Cumann na Mban.

Actress, journalist, soldier, suffragette and union activist – Molony’s life was anything but dull. She was arrested in 1911 for smashing a picture of King George V when he was in Ireland. In the days before the Rising, she guarded printed copies of the Proclamation. During the Rising, she served in the City Hall Garrison with Dr. Lynn. She was also involved in a raid on Dublin Castle. While her name is less known, her impact was enormous. Molony is credited with introducing Countess Markiewicz and Dr. Lynn to the labor movement. She was also a friend of the actress and activist Maude Gonne.

This young Scottish schoolteacher crossed the Irish Sea with explosives hidden in her hat for the rebels a year before the Rising as a member of Cumman na Mban in Glasgow, and when she returned in 1916, her first mission in Ireland was to infiltrate a British barracks. Like many of the women involved, she stayed for a time in the home of Countess Markiewicz. Her work was so impressive she served as an escort for James Connolly’s family, transported explosives and messages and operated as a scout and a sniper in the Rising. She was shot three times during the battle, survived, and later helped found the Irish National Teacher’s Association.

Almost 300 women took place in the Easter Rising, and countless more were busy behind the scenes quietly helping however they could. Many, many Irish people have stories in the family about a grandmother hiding guns or rebels. On Mother’s Day we celebrate the love mothers have for their children, but let’s not forget their strength and the role our Irish fore-mothers played in history.