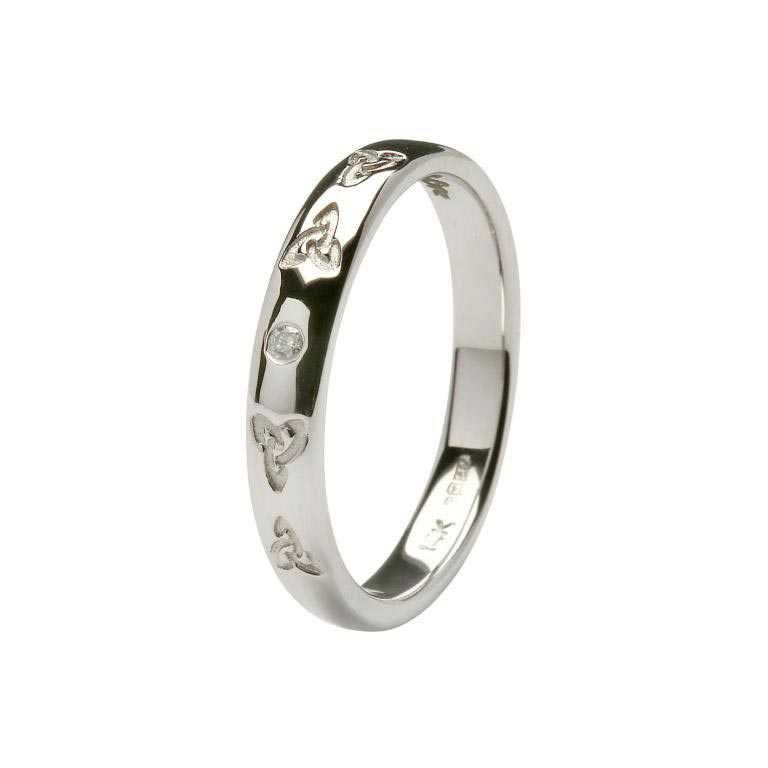 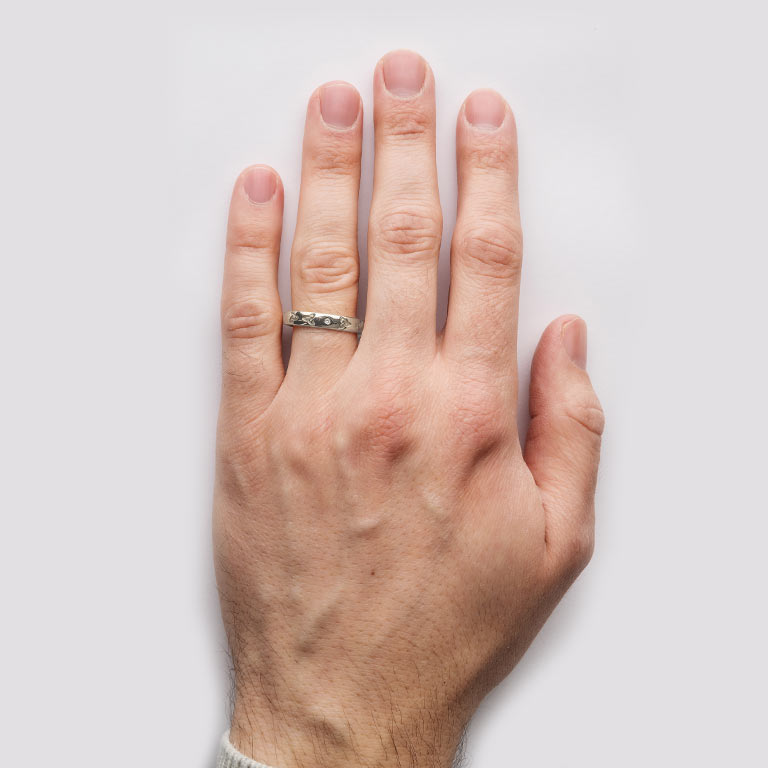 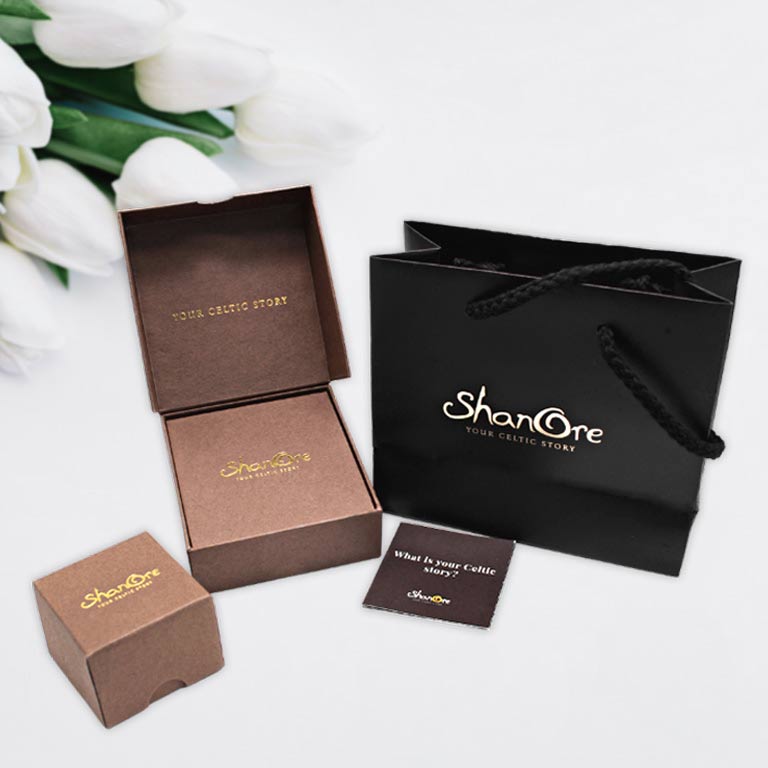 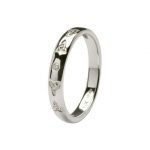 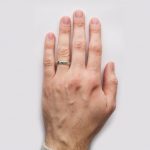 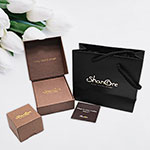 This man’s Celtic Wedding band is a piece like no other. It is a circle of shining 14K yellow gold embossed with a Celtic Trinity knot featuring a genuine diamond. The diamond detail offers a touch of luxury and refinement to the ring. The bride may decide to own a ring that matches her husband’s available in the women’s ShanOre bridal collection (14IC44). All gold jewelry receives a hallmark from the Dublin Assay Office. 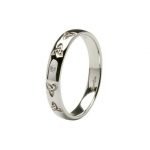 The Celtic Trinity Knot, also known as a Triquetra, possesses different meanings, from religious to spiritual to natural aspects. In Christianity, the three corners of this shape indicate the elements of the Holy Trinity: the Father, the Son, and the Holy Spirit.

Some believe the corners suggest life, death, and rebirth. Those who feel connected to the temporal world see the presence of earth, air, and water. The Trinity Knot represents three forces that strengthen one another in all cases. Similarly, it means the power of the relationship between them. The ropes of the knot have no beginning or end, implying the infinite quality of human existence.

Slim and clean-cut, this band proves the smart style of the gentleman who wears it. The Trinity Knots may advertise his Celtic heritage allowing him to combine his individual roots with his identity as a life partner. The knots could also affirm his belief that the three corners of the design stand for Love, Protection, and Honor, virtues that ensure the success of a marriage and ones that he is committed to upholding. The diamond in the center reflects his beloved’s value to him. She is a precious gem, the treasured core of his universe.

Benefits of buying with ShanOre: