THIS OCTOBER, FOR EVERY PURCHASE YOU MAKE, WE'LL DONATE A PART OF OUR PROFITS TO SUPPORT BREAST CANCER AWARENESS. COME JOIN US!​

April is known as poetry month worldwide, and Ireland has a wealth of poetic talent to celebrate.

From its earliest history, Irish poets have been honored. Medieval Ireland operated under Brehon law. A detailed legal framework that gives us insight into the culture and beliefs of Ireland.

The law was written in the form of a poem. It also included penalties for poets who charged too much for their written work. Brehon law gave people social rank according to their profession. A poet who overcharged was demoted to a lower social status.

It’s nice to know: Most Irish Jewelry has a poetic meaning behind them. 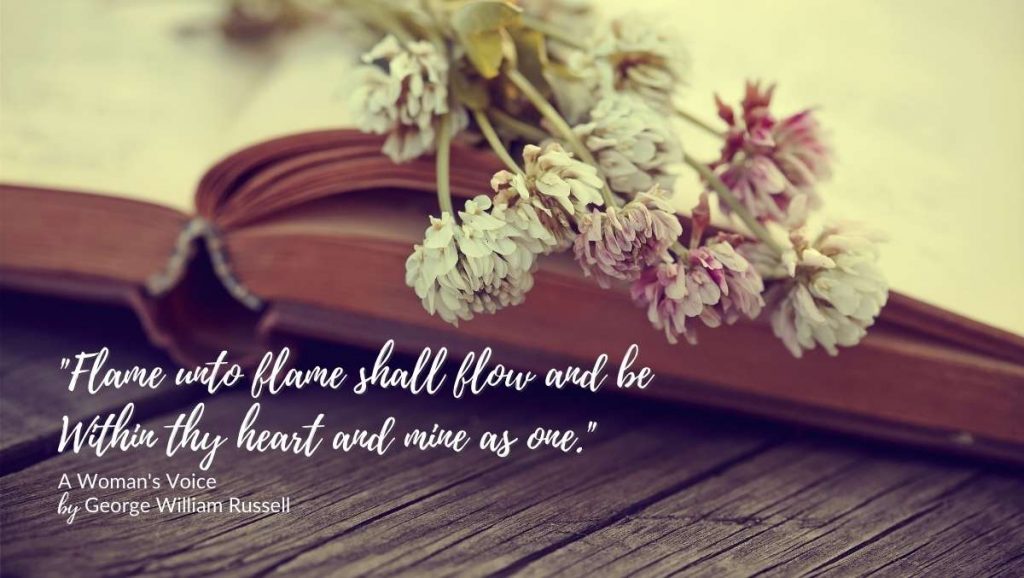 Poetry and poets still get respect in Ireland. The school curriculum includes quite a bit of poetry, in English and Irish, from ancient to contemporary works. Slam poetry events have been widespread and poetry videos have brought Ireland’s poetic tradition into the digital era.

Learning about some of the best Irish poets is the perfect way to celebrate April Poetry Month!

From ancient bards to cutting-edge slam poets, Ireland has a remarkable literary legacy. Four Irish poets have won the Nobel Prize in Literature:

Shaw and Beckett are famous for their prose, however, they wrote poetry as well. And National Poetry Month is the perfect time to credit them for their work.

Irish poetry has never been an ivy tower affair. Poets and poetry lovers led the fight for Ireland’s independence. Padraig Pearse, who was one of the executed leaders of the 1916 Uprising, was also a respected poet. Eva Gore-Booth, a prominent suffragette and political activist, was a poet too. 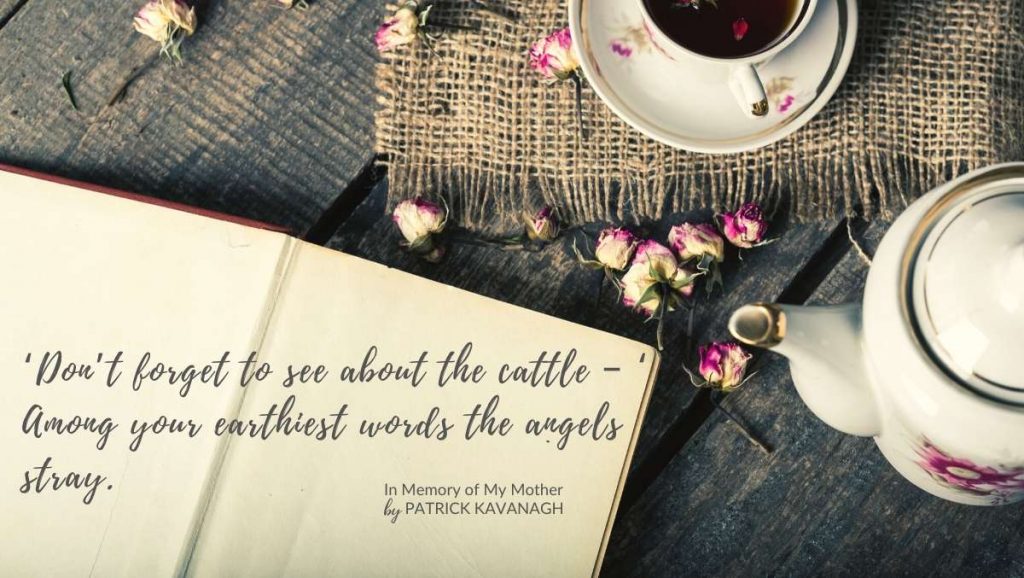 Oscar Wilde is one of Ireland’s most acclaimed writers. His plays continue to draw audiences, and his wit is as relevant as ever. Wilde’s tragic conviction for his affair with Lord Alfred Douglas is popular. Not many people know about his childhood and his famous mother, also a writer.

Lady Jane Francesca Wilde published her political poems under the name “Speranza” in a paper called “The Nation”. One of her poems outraged the British government so much they shut down the paper. Lady Wilde shocked the public when she responded by revealing that she was Speranza. She was also famous as a folklorist, suffragette, and advocate of women’s education.

Top 5 Irish Poets Everyone Should Know

With so many talents in Irish poetry, it is hard to create a comprehensive list. But these five are definitely essential reading for April Poetry Month!

William Butler Yeats (1865 – 1939): The pillar of Irish poetry, Yeats was also active in Ireland’s cultural and political life. Yeats was a founder of Dublin’s Abbey Theatre and a senator in the new Irish parliament. The Stolen Child and Easter 1916 are among his most famous works. Primarily a symbolist poet, he had deep interests in the occult and mythology. 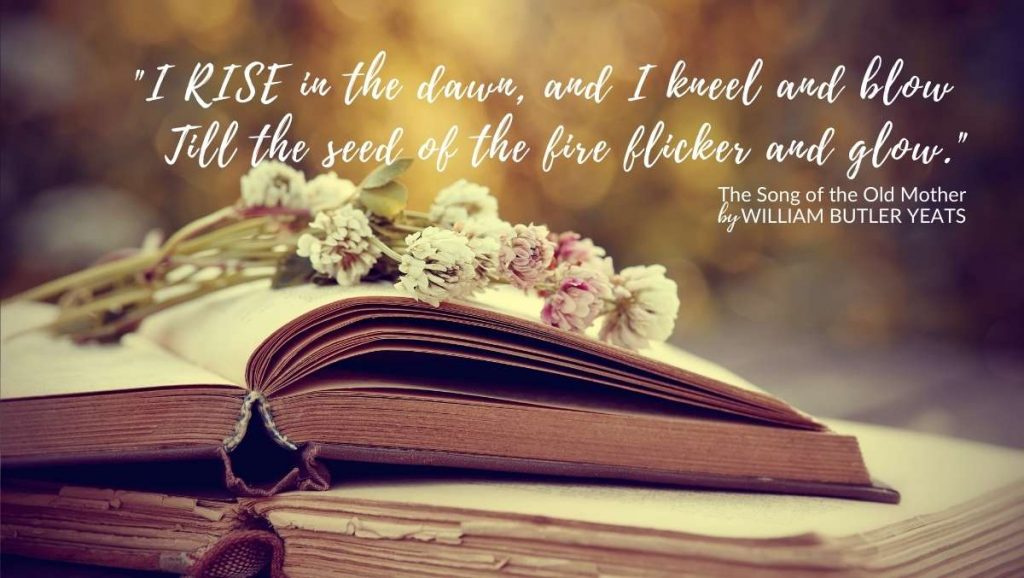 George William Russell (AE) (1867 – 1935): Like his contemporary Yeats, Russell was interested in mysticism and Irish nationalism. He supported Irish independence, but he took no part in the armed rebellion as a dedicated pacifist. Russell worked organizing bank coops for farmers, then later became an editor. His most famous poems are Freedom and A Woman’s Voice.

Patrick Kavanagh(1904 – 1967): Kavanagh started his career as a shoemaker, and had also worked as a film and television critic. He grew up in rural Ireland, and his work challenges the romantic portrayal of rural Ireland in other Irish poetry. It examines the isolation and hardships of farm life. In Memory of My Mother and Raglan Road are two of his most famous work.

Seamus Heaney (1939 – 2013): Heaney, worked as a translator and taught at Harvard and University of California Berkley. His translation of Beowulf is considered revolutionary. “When All the Others Were Away at Mass”, one of his most beloved poems is about his mother. Many of Heaney’s poems use everyday life to explore deeper issues.

Eavan Boland (1944 – 2020): Ireland’s most popular poet in the modern era. Boland was the director of the creative writing program at Stanford University in California. She is also notorious for her most famous poem, Night Feed, which is about a mother feeding a baby. Her other important works include Child of Our Time, Quarantine, and Legends. 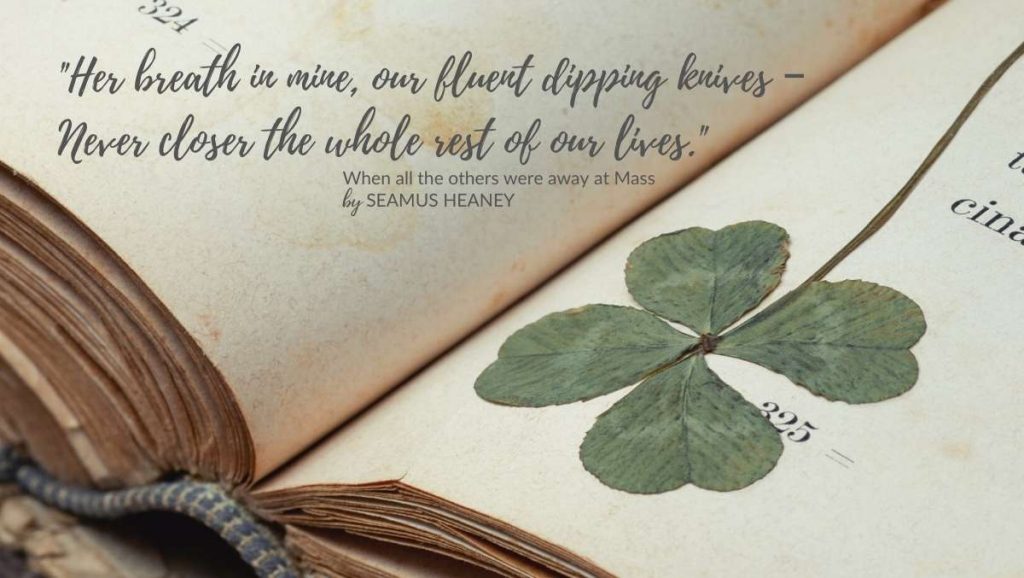 The future of Irish poetry is in good hands. Women have a fair representation in the chorus of the up-and-coming voices. As April is all about poetry, it is also the perfect time to bring attention to Irish Women poets.

Emily S. Cooper is a poet with a wide range of publications. The Arts Council of Northern Ireland and the Irish Writers Centre have both awarded her residencies. Likewise, she won the Arts Council of Ireland’s Next Generation Award.

Alicia Byrne Keane has performed her poetry at music festivals around Ireland, showing that poetry is vibrant and engaging. Keane also has publications of her work in various magazines.

Felicia Olusanya, aka Felispeaks, is a young Nigerian-Irish poet and performer. Her most recent appearance on Irish television earned widespread praise for her work. Her spoken-word piece Still about the COVID19 crisis in Ireland struck a chord with the nation.

Jessica Traynor has won a host of poetry awards, including Hennessy’s New Irish Writer of the Year. She has published a collection of her work titled Liffey Swim.

Annemarie Ni Churreain wrote Bloodroot and is a winner of the “Next Generation Award” from the Arts Council of Ireland.

Irish poetry covers a vast range of styles and topics. It includes everything from very romantic verses about our mythic history to edgy spoken words about contemporary social issues. Irish poets have crafted stirring words to share emotion and insight about nearly everything. This April Poetry Month is the perfect time to enjoy them.

Celebrate the Poetry Month with our Celtic Jewelry

What about you? What is your favorite Irish Poet or Poem? Let us know in the comments below. We’d love to hear!