When we think of global communications, Connemara does not usually spring to mind as a showcase of emerging technology.  Connemara now enjoys a reputation as an area to get away from it all and relax free from the demands of modern life.  While Galway City is famous for the Claddagh design, the area north of the city is more known for the beauty of the rugged Atlantic and its thriving craft and traditional music scene these days.  But almost 100 years ago, Clifden was in the news for its role in two major technology advances.

Clifden had an important role in the development of long-distance wireless communication.  No wifi, mind you, think back more than 100 years when wireless communication referred to the radio and radiotelegraphy.  Yep, telegrams and Morse code.  The first point to point long distance stations connecting North American and Europe were in Nova Scottia, Canada, and Clifden, County Galway.  Invented by Guglielmo Marconi, this was a revolutionary development in international communications that left the post in the dust, technologically speaking.  The first messages were transmitted in 1907, and the station employed hundreds of people.

It was not just words that were flying around Clifden.  At the end of World War I, a competition was devised offering a prize for whoever could make the first non-stop flight across the Atlantic.  Aviation had captured the public imagination, and it must have been elating to think of it used for leisure instead of war.  On June 14, 1919, a modified Vickers Vimy airplane piloted by two Manchester men – John Alcock and Arthur Whitten Brown – took off from St. John’s, Newfoundland, Canada, and headed across the Atlantic in search of fame and glory.

They found it in Derrygimlaugh Bog just outside Clifden, Co. Galway.  They spotted the masts of Marconi’s wireless station, and they thought they spotted a large green field to land in.  It was, however, the bog.  Happily, they and their plane survived the surprise upon landing (and partially sinking) and entered the pages of history as the first to make a non-stop transatlantic flight.  They were also knighted and received more than £10,000 in prize money.

It wasn’t the sort of smooth journey we take for granted now.  Alcock and Brown were really risking their lives flying through the icy fog in a two-seater plane over the vast Atlantic.  At one point,  they lost altitude and came within 50 feet of plunging into the sea.  Their flight took just over 16 hours – and they had no air stewards onboard offering them tea and coffee.  Of course, they probably would have appreciated modern navigation equipment more than peanuts.

Visitors can still see the remains of Marconi’s wireless station and not one but two memorials to Alcock and Brown near their landing site.  The closest one is a cairn style marker next to the site, which is in a bog remember, and the other is a sculpture of a plane’s tail fin a bit further away.  The locals might not make much of a hullabaloo about their former position on the cutting edge, but if your flight over was brutal, you might find some comfort gazing at the tail fin sculpture and feeling glad your plane didn’t sink into a bog on arrival.  Just mind where you park when you get to the site.  Cars are nearly as quick to sink into bogs as planes are. 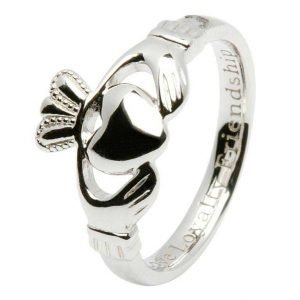